Earlier in the month, Canada announced that it would provide Ukraine with an additional $50m in lethal and non-lethal military aid over Russia’s ongoing operation to demilitarise and de-Nazify the neighbouring country.Canadian writer and political activist Yves Engler heckled Canada’s Minister of Foreign Affairs Melanie Joly as she was making a speech before the Montreal Council on Foreign Relations regarding the situation around Ukraine.As Joly weighed in on the new sanctions and weapons supplies Canada was authorising over Russia’s ongoing operation to demilitarise Ukraine, Engler accosted her with the words:

“Stop escalating the war, stop sending arms… Why go to NATO. Shame on you, you're going to push us to World War III".

After the outburst, the writer was swiftly escorted out by security.Engler later explained his actions on Twitter, saying that he had interrupted the Canadian foreign minister to “challenge the escalation of Canadian violence in Ukraine”.This comes as Joly earlier promised that more economic sanctions are forthcoming against Russian nationals and Russian companies in an effort to further isolate the country.

“We stand with Ukrainians fighting to defend their country”. 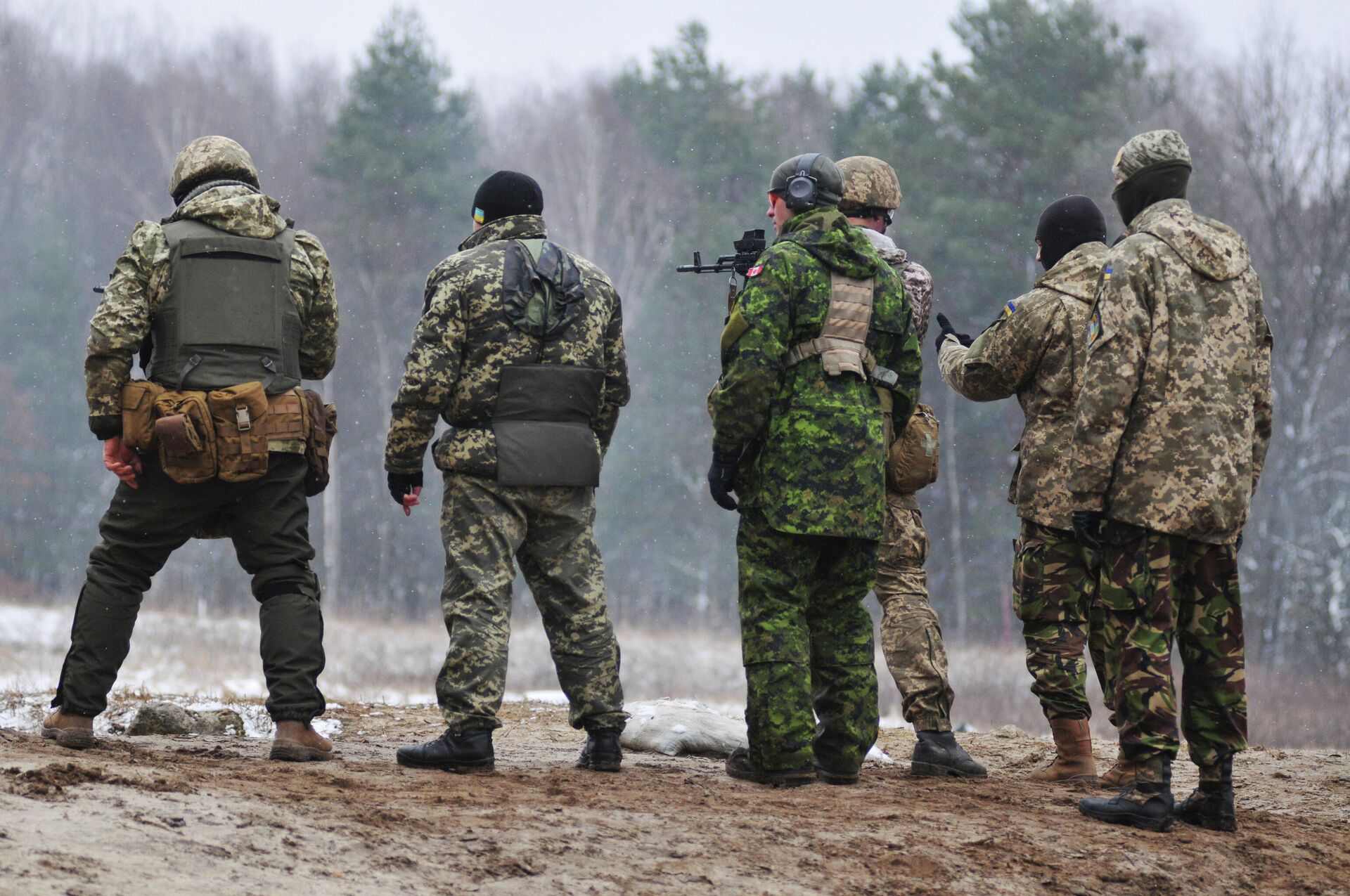 Canadian instructors train Ukrainian service persons as part of UNIFIER operation at Yavorivsky training range in the Lviv Region. / Go to the photo bankPreviously, Canada provided Ukraine with more than $23 million in “non-lethal” military aid that included communications equipment, body armour, and a mobile field hospital.Canada’s decision to pump weaponry into Ukraine echoes the stance of the US and many of its NATO allies, which have labelled Russia’s military operation in Ukraine as an “invasion”.

NATO Chief Says 100,000 US Troops Now in Europe as Russia Continues Its Special Op in Ukraine18 March, 12:35 GMTLaunched on 24 February following a request from the newly-recognised Donetsk and Lugansk People’s Republics, the operation to demilitarise and de-Nazify Ukraine was a “tough” decision, said Russian President Vladimir Putin, made in order to protect the predominantly Russian-speaking Donbass population, which has faced continued attacks and genocide by the Kiev regime for eight years.In response, Washington and dozens of European nations have imposed several batches of sanctions against Russia, targeting its economy, space industry, financial institutions, businesses, etc.Let’s stay in touch no matter what! Follow our Telegram channel to get all the latest news: https://t.me/sputniknewsus