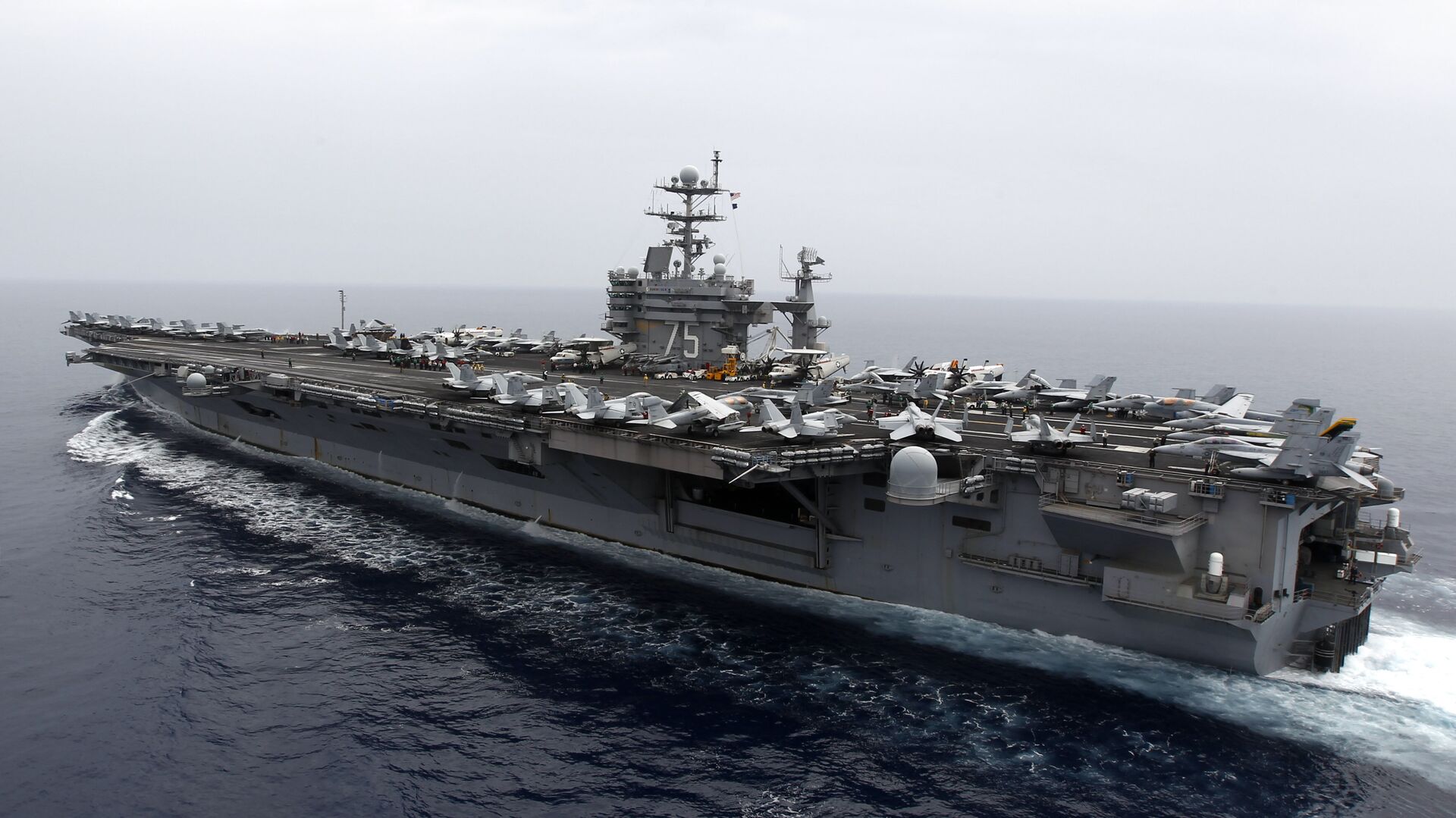 The United States operates 11 carrier strike groups, and has deployed them repeatedly across the globe over the decades in a show of force against mostly smaller, militarily weaker nations. US forces in the Mediterranean operate under the Sixth Fleet – headquartered in Naples, Italy, and have a combined strength of up to 40 ships and 175 aircraft.The USS Truman carrier strike group has been deployed to the Mediterranean, with Navy Secretary Carlos Del Toro saying its mission includes “deterring” Russia and implementing a potential no-fly zone over Ukraine, should President Biden give the order to establish one.“There are numerous Russian ships and subs in the Mediterranean today and that’s why it’s important for NATO to have an equal presence, to deter them. The only thing that Putin understands is strength”, Del Toro said, speaking to Politico.

“The role of Truman, with other allies, is to deter Russians from further aggression and to be on constant standby for orders that might be given from our president or from other leaders around the world for the protection of Ukraine and the people of Ukraine”, the commander added.

The Nimitz-class carrier and its escorts are currently stationed in the Ionian Sea, the body of water directly southeast of the Italian “boot” and the western coast of Greece. Its aircraft are said to have carried out over 75 patrol missions along NATO’s eastern flank, including near the Ukrainian border, over the past month. The Truman has been used repeatedly in US wars of aggression, with its aircraft flying over 1,200 combat sorties during the invasion of Iraq in 2003, and assisting coalition forces during fighting against the Taliban* insurgency in Afghanistan in the 2010s.The current tensions between Russia and NATO over Ukraine aren’t the first time the US has deployed a carrier strike group in the Med as a show of force against Moscow. In the spring of 2014, in the wake of the victory of the US and EU-backed Maidan coup in Kiev and tensions between Russia and NATO over the fate of Crimea, Washington deployed another Nimitz-class carrier, the George H.W. Bush, near the peninsula off southern Turkey.A growing number of US lawmakers has called for the introduction of a no-fly zone over Ukraine, notwithstanding the danger of provoking a direct military confrontation with Russia.

More Americans Oppose a No-Fly Zone When Told What That Means18 March, 00:53 GMTThe US and its allies have experience implementing no-fly zones over mostly small and militarily overmatched countries, including Iraq, Bosnia, and Libya. Between 1991 and 2011, NATO used no-fly zones against these countries not only to stop the operation of aircraft over designated areas, but to themselves engage in the bombing of ground targets. In Iraq, authorities estimate that up to 1,400 civilians were killed in US and UK-enforced no-fly zones between 1991 and 2003. In Bosnia between 1993 and 1995, NATO jets bombed civilian infrastructure and killed over 150 civilians, and polluted the country with cancer-causing depleted uranium shells. The no-fly zone instituted over Libya in 2011 played a crucial role in overthrowing the Gaddafi government and turning the country into a failed state with open-air slave markets.* The Taliban are a group under United Nations sanctions for terrorist activities.