An aerial view shows a vessel preparing for a search-and-rescue exercise off Taiping island, in the South China Sea , Tuesday, Nov. 29, 2016, as part of efforts to cement its claim to a key island in the strategically vital waterbody. Eight vessels and three aircraft took part in Tuesday’s drill, which simulated a fire aboard a cargo ship that forced crew members to seek safety on Taiping in the Spratly island group. 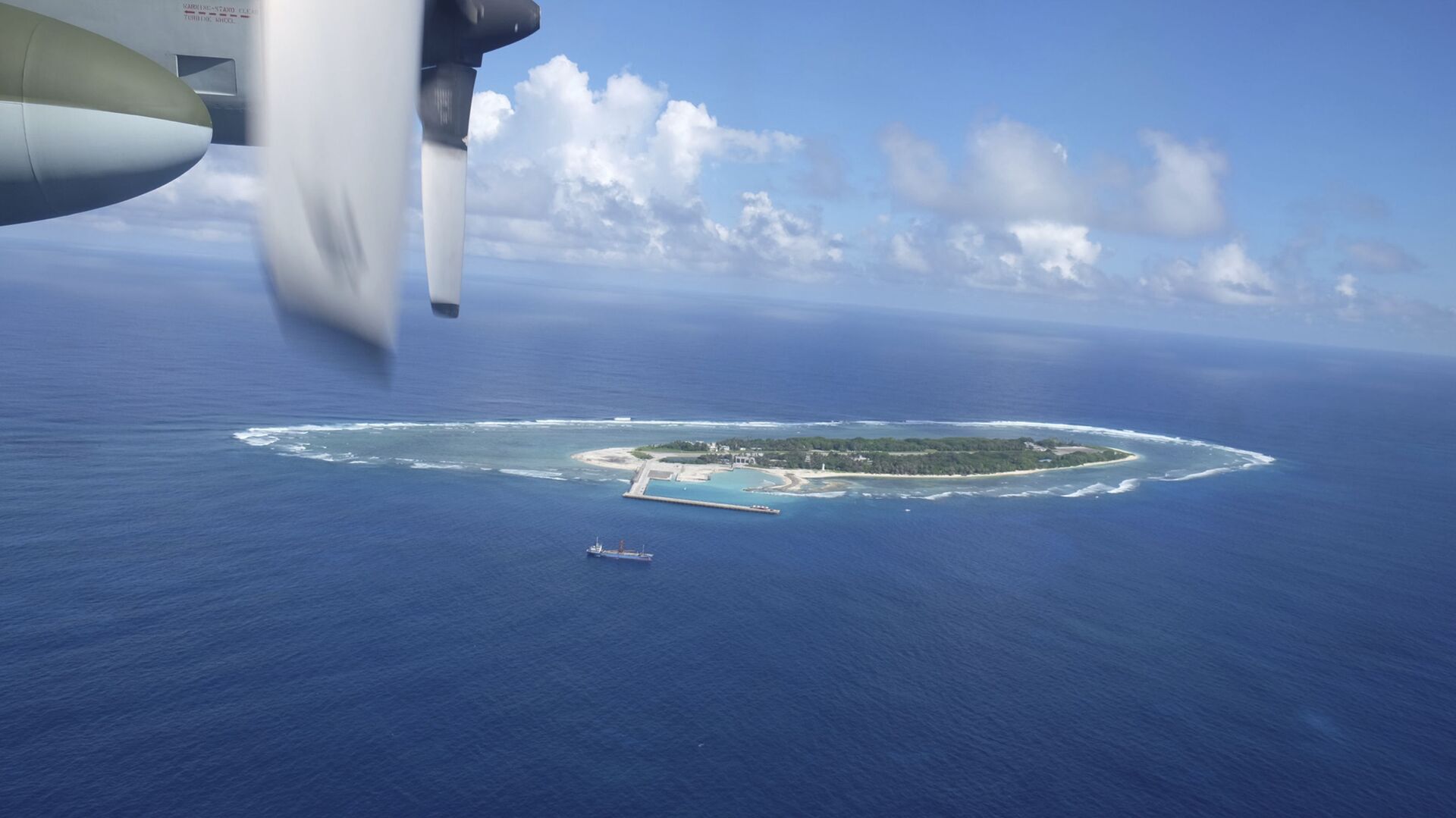 The vast waters of the South China Sea, including the Spratly archipelago and the Paracel Islands, have long been a bone of contention in the Asia Pacific. The area, claimed by China, is valued for its rich bioresources, strategic location at the crossroads of sea routes to the Indian and Pacific Oceans, and potential reserves of oil and minerals.China has completely militarised at least three of its artificial islands in the South China Sea, where anti-ship and anti-aircraft missile systems, laser equipment and jamming devices, as well as fighter jets have been installed, according to the US Indo-Pacific commander, Adm. John C. Aquilino.He asserted that Chinese actions in this area contrast with earlier statements by President Xi Jinping, who said China does not seek to turn the islands into military bases.

"I think over the past 20 years we've witnessed the largest military buildup since World War II by the PRC", Aquilino told the Associated Press in an interview. "They have advanced all their capabilities, and that buildup of weaponisation is destabilising to the region".

The admiral, together with journalists, flew over the disputed part of the South China Sea in the area of ​​the Spratly archipelago. While on board, the US Navy P-8A Poseidon reconnaissance aircraft received several warnings from the Chinese military, who said the aircraft had illegally entered Chinese sovereign territory and advised to “stay away immediately to avoid misjudgment”.The pilot of the US Navy aircraft ignored these messages and continued flying, broadcasting to the Chinese over the radio that he was acting in accordance with international law.Aquilino claimed that China views the militarisation of the islands as a way to expand its offensive capability “beyond continental shores”. According to the admiral, any military or civilian aircraft flying over disputed waters could easily fall into the range of the missile system of the Chinese islands.“So that’s the threat that exists, that’s why it’s so concerning for the militarisation of these islands”, he said. “They threaten all nations who operate in the vicinity and all the international sea and airspace”.

Beijing Says ‘Fundamental Solution’ to Situations at Sea is End to US Drills in Chinese Waters31 December 2021, 00:12 GMTThe disputes in the South China Sea are mostly related to several groups of islands, claimed by China, Vietnam, the Philippines, Brunei, Malaysia, and Taiwan. Beijing declares that it has historical rights to almost the entire territory of the South China Sea, citing old documents that attribute 90 percent of the South China Sea to China.This part of the border is known as the “nine-dash line”. This U-shaped line descends from the southern coast of China to the waters of the island of Borneo’s northern tip and includes the Scarborough Shoal and the Spratly Islands.As the capabilities of Chinese military warships grew, China increasingly expanded its claims and ultimately in 2009 declared approximately 80 percent of the entire water area of the South China Sea as its sovereign territory.Large hydrocarbon reserves found in the area, in particular near the Spratly Islands, added additional importance to this territory. In recent years, with the militarisation of the area, including the transformation of reefs into artificial islands and the buildup of military infrastructure, tensions in the region have increased.

Wasted! Top 4 Losses of Key US Military Assets in South China Sea Over Two Decades of Posturing29 January, 04:58 GMTOn 12 July 2016, the International Court of Arbitration in The Hague considered a claim by the Philippines over a certain part of the sea and found China’s claims in the South China Sea unfounded. China refused to recognise the court’s decision, calling it a “political farce fabricated under the guise of law”.Since the 2010s, every US administration has actively tried to challenge the growing Chinese presence in the South China Sea under the pretext of “defending the freedom of navigation”, but the current administration has undertaken additional steps, including an unprecedented military buildup and new strategic alliances in the Asia-Pacific region.Meanwhile, key maritime trade routes pass through the South China Sea with an annual turnover of $5.3 trillion. $1.2 trillion of the total is trade with the US, according to the ChinaPower Project.Let’s stay in touch no matter what! Follow our Telegram channel to get all the latest news: https://t.me/sputniknewsus