Iran’s elite Revolutionary Guards march during a military parade in Tehran on September 21, 2008 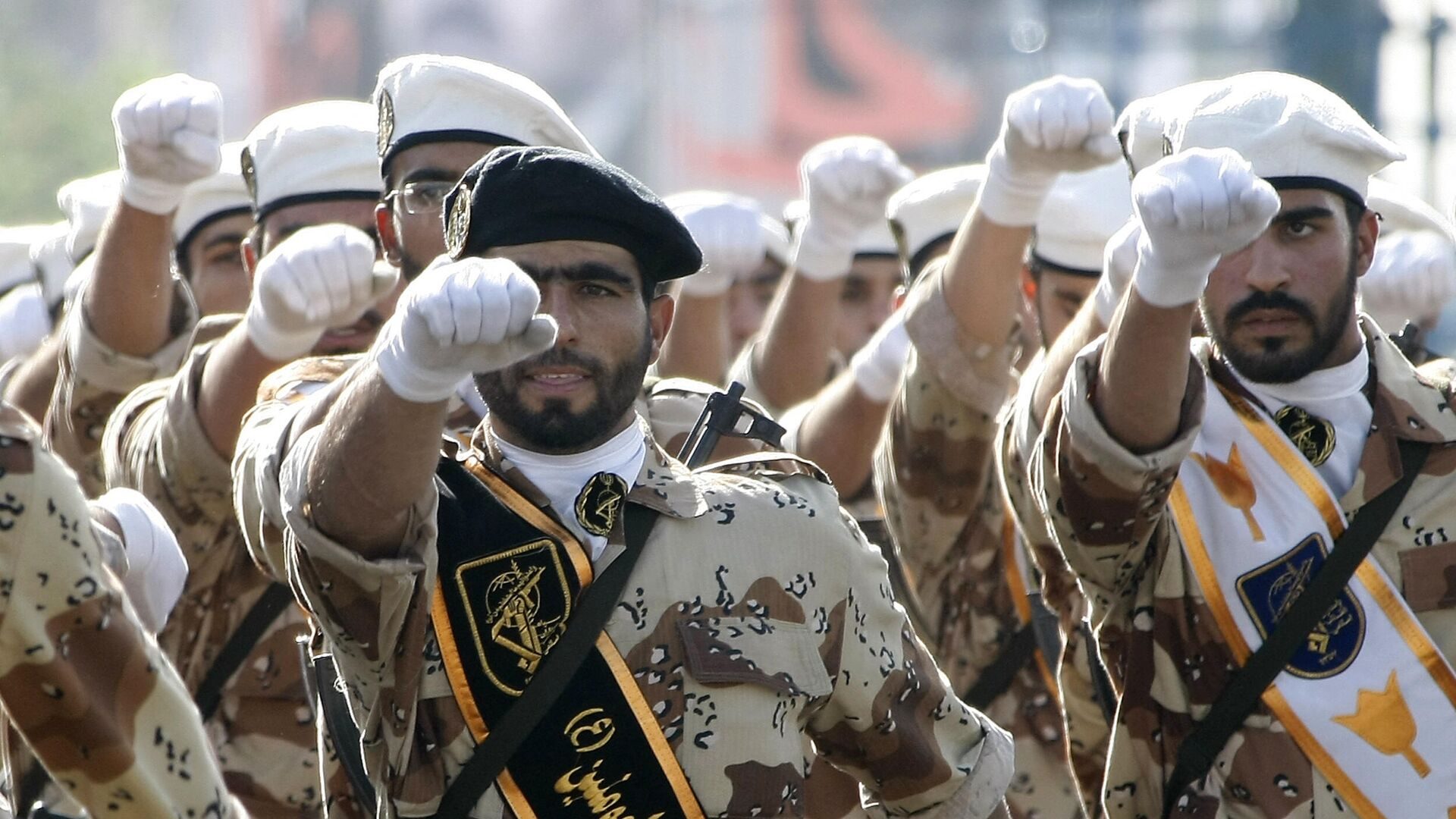 The Islamic Revolutionary Guard Corps (IRGC), a branch of the Iranian Armed Forces, has been under US sanctions since 2007, but it was only in 2017 that it was placed on the American Global Terrorist List, becoming the first national military to be designated as an extremist organisation.After almost a year of intense talks, a new Iran nuclear deal between might finally be done in a matter of days.Recent reports have suggested that only a few issues are yet to be resolved between Iran and the P5+1 together with the European Union before Washington goes back to the Joint Comprehensive Plan of Action (JCPOA), a 2015 agreement which originally lifted some sanctions on Tehran in return for limits on its nuclear programme, but that was dropped unilaterally by Washington back in 2018.

Effort to Revive Iran Nuclear Deal Entering Homestretch, Russia’s Lavrov Says15 March, 09:17 GMTA total removal of Western sanctions from the Islamic Republic’s businesses, banks, and officials is among the key issues which are yet to be solved. The other one is the exclusion of the Islamic Revolutionary Guard Corps (IRGC), a branch of the Iranian Armed Forces, from the US list of terror organisations.The IRGC has been subject to US sanctions since 2007, but it was only a decade later that the organisation was put on America’s Global Terrorist List, becoming the first national military to be designated as such.

Now that the US is reportedly considering removing the IRGC from that list, Washington’s regional allies are biting their nails.In Israel, Prime Minister Naftali Bennett and Foreign Minister Yair Lapid have already called on the White House “not to abandon [its] closest allies in exchange for empty promises from terrorists”. In the Gulf, authorities have raised their eyebrows at the American dealings with Iran.”Washington is making their biggest mistake. These are terrorists and they fund terrorists. How can they remove them?” complained a high-profile official within the United Arab Emirates government, who preferred to remain anonymous for this article.”The removal from the notorious list will make Iran even more radical. The US might not understand it now but this decision will eventually backfire”, he added.

Is It All About Oil?

The Emirati official says he understands well the reasons pushing Americans to “such a radical step”.”One of their motives is the desire to present the Iran deal as a success story, and this is why they are ready for any concessions. The other motive is their desire to isolate Russia”.Previously, Washington banned all energy products from Russia over its special military operation in Ukraine that kicked off on 24 February.The move sent energy prices in the US through the roof, and in an attempt to stabilise the market, the White House has approached Venezuela, Saudi Arabia, and the United Arab Emirates to try to convince them to pump more oil. Those calls have fallen on deaf ears, and this is probably the reason why Washington is now counting on Tehran and its rich energy resources.”We know what they are trying to do. They want us to pump more oil but we won’t be dancing to their tunes”, the Emirati official said.Abu Dhabi has its own accounts to square with the Americans. They didn’t appreciate the initial attempts of the Joe Biden administration to halt the supply of 50 F-35 jets and 18 Reaper drones. Nor did they like Washington’s decision to get closer to Iran by resuming the negotiations around its nuclear programme. They did not agree with the White House’s decision to remove Yemen’s Houthi rebels, who have been staging attacks against Emirati targets, from the list of terror organisations.

US Reportedly Weighs Easing Venezuela Sanctions After Ban on Russian Energy Imports10 March, 15:43 GMTThe Emirati official would not discuss the steps his country would take in the event Washington chooses to go ahead with the removal of the IRGC from the notorious list. But he signalled that Abu Dhabi is tired of being dictated to by the US and it might take matters into its own hands.Later in the day, the crown prince of the UAE, Sheikh Mohamed bin Zayed, is expected to meet with Israel’s prime minister and Egyptian President Abdel Fattah A-Sisi in Egypt. It is believed that the three will discuss the shaping nuclear deal and what measures the states can take to protect themselves.Will those talks evolve into something more concrete, like a NATO-style defence pact? It’s hard to tell. But now it seems clearer than ever that the UAE no longer believes the US has a shoulder they can lean on.