Ukrainian soldier armed with US Javelin ride along Khreshchatyk Street, during a military parade to celebrate Independence Day in Kiev, Ukraine. File photo

The US has sent billions of dollars’ worth of weapons to Ukraine amid Russia’s special operation to demilitarise and de-Nazify the country. Switchblade killer drones are part of an additional $800 million military aid package announced by Washington on 16 March. Who is benefitting from the armament spree?”One reason for the continued transfer of weapons from NATO nations to Ukraine is to keep the profits of the military industrial complex flowing”, says Bruce Gagnon, coordinator of the Global Network Against Weapons and Nuclear Power in Space and a contributor to Foreign Policy In Focus. “The US will ‘replace’ these weapons to the particular donor country by either charging them for new military equipment or having the US taxpayers pay the bill. Either way, the weapons industry profits big time”.Western defence and cybersecurity stocks began to climb at the end of February as Washington and its NATO allies vowed to step up weapons supplies to Ukraine after the beginning of the Russian special operation, according to Gagnon. The stocks made substantial progress in slightly over a week and are continuing to rally. Thus, between 24 February and 4 March, defence stocks broadly soared, with shares of Raytheon Technologies rising nearly 8%, General Dynamics 12%, Huntington Ingalls Industries 14%, Lockheed Martin 18%, and Northrop Grumman 22%, according to Fortune. Gagnon notes that Lockheed Martin currently tops the list, followed by other corporations like General Dynamics, Raytheon, Northrop Grumman, and BAE.

Situation in UkraineRussian MoD Makes Public Documents Confirming Preparation by Kiev of Offensive Operation in Donbass9 March, 06:04 GMTHowever, even before the Russian operation, major US defence contractors started to benefit from Ukraine, with the Biden administration having increased lethal aid to the Eastern European country since the beginning of his presidency. “In his first year in office, Biden approved more military aid to Ukraine — some $650 million — than the US had ever provided”, The Intercept remarked on 10 March.The US weapons supplies to Ukraine soared substantially in the second half of 2021 amid the Ukrainian military buildup along the contact line with the Donetsk and Lugansk Republics. On 9 March, the Russian Ministry of Defence released secret documents of the command of the National Guard of Ukraine, confirming preparation by Kiev authorities for an offensive operation in Donbass in March 2022.The US defence contractors are the major beneficiaries of US-NATO warmongering, according to Gagnon.

"All of these weapons corporations have huge numbers of lobbyists who daily walk the halls of Congress", the scholar says. "They also make sure to give Congress members (from both parties) generous campaign donations. So, essentially, the war machine has the political system tightly under their control. During the Iraq War, one Bush administration agent stated during a presentation that the US role under corporate globalisation of the world economy would be 'security export'. That means endless war".

US troops in Lviv, western Ukraine. / Go to the photo bank

Ukraine has long been in the focus of US politicians and the military industrial complex, according to the scholar. Gagnon cites a 2019 RAND Corporation study entitled “Overextending and Unbalancing Russia”, co-authored by ex-State Department and White House adviser James Dobbins and military intelligence branched lieutenant colonel and Iraq War veteran, Raphael Cohen. “Providing lethal aid to Ukraine would exploit Russia’s greatest point of external vulnerability”, the study emphasised.

"It appears obvious to me that the US is using Ukraine as a tool to destabilise Russia's borderlands and thus forcing Moscow to spend more on the military which takes away from domestic priorities", says Gagnon. "Western sanctions being placed on Russia is even more evidence of this US-NATO plan to 'Overextend and Unbalance' Russia. The US-NATO wants regime change in Moscow. Washington and the EU don't give a damn about the people in Ukraine".

According to The Intercept, the Obama administration provided a wide range of “nonlethal military and intelligence assistance” to Ukraine, including training, while under Donald Trump, “Washington began a relatively modest flow of weapons shipments”. Under Biden, arms supplies to Ukraine have already become “unprecedented”, according to the media outlet.Furthermore, the US political class and defence contractors have become intertwined through Washington’s “revolving door” politics, notes Gagnon.”The swinging door between the weapons industry and staff positions inside military and foreign policy institutions is strong evidence of this reality”, he says. “There is no democracy in the US. WWII Italian fascist leader Benito Mussolini defines fascism as ‘the wedding of corporations and government’. This is exactly what we have in the US today – and throughout much of Europe as well”.© AFP 2022 / ROSLAN RAHMANTrade visitors stand in front of a Raytheon booth during the Singapore Air Show. (File) 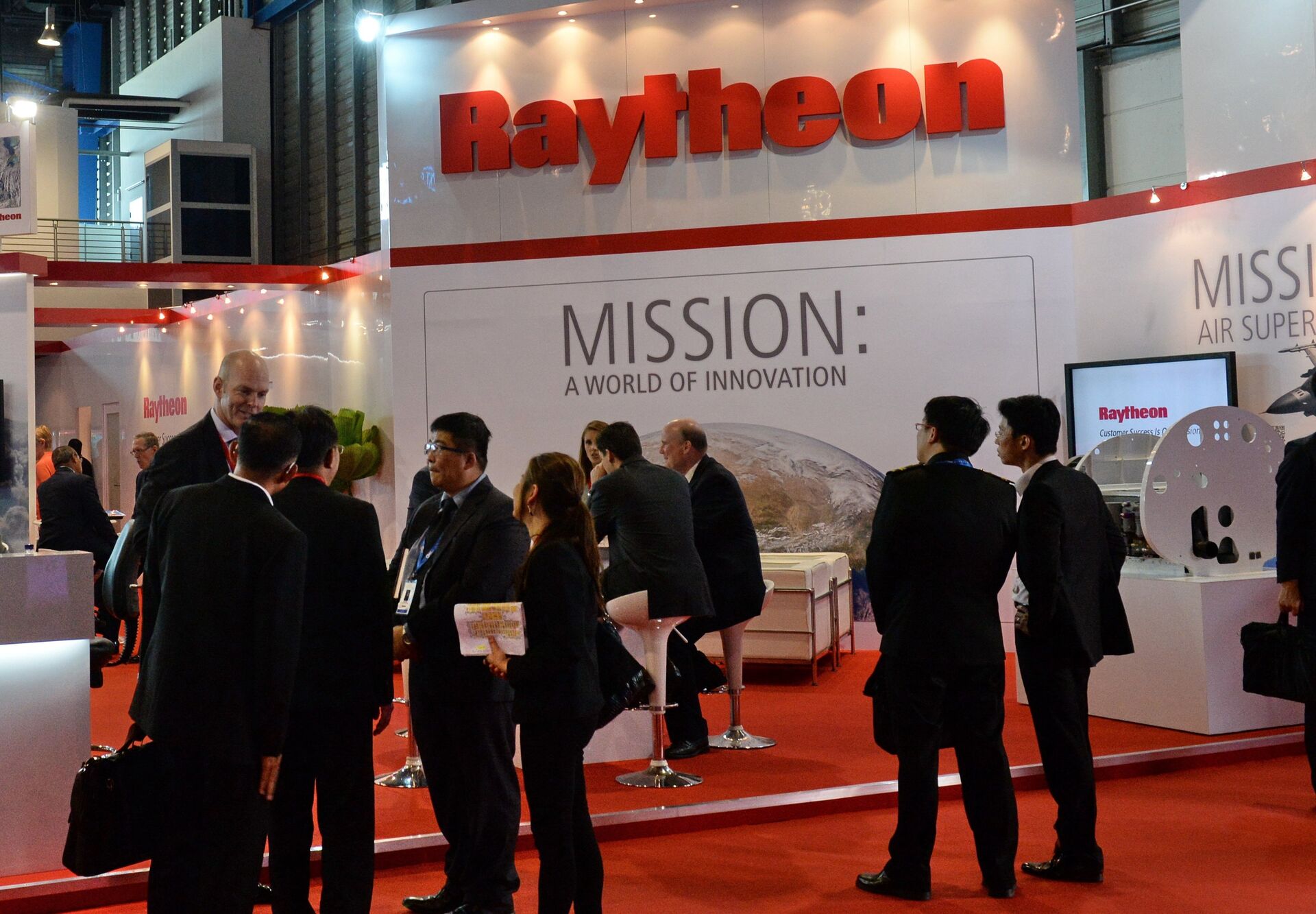 Trade visitors stand in front of a Raytheon booth during the Singapore Air Show. (File)

Ironically, it is Joe Biden who declared an end to “an era of major military operations to remake other countries” following the US’ hasty Afghanistan withdrawal, and stressed that the president’s job is to protect and defend the “fundamental national security interest of the United States of America”. According to Gagnon, Washington’s Ukraine armament spree is caused by the US’ unwillingness to completely lose its fading unipolar leadership.

"The US and NATO fear the coming multi-polar world being led by Russia and China", says the scholar. "Washington, and its puppet allies in Europe, understand that their 'window of opportunity' to destroy Russia and China is closing – thus their desperation. The recent threat by the Biden administration to China (that if Beijing did not renounce Russia it would get sanctioned as well) reveals just how much this new growing economic detachment from Western control is driving US-NATO policy".

However, firm rejection of anti-Russian sanctions by nations throughout the Global South indicates that the West’s efforts “will not be successful”, says the scholar. The Wall Street Journal’s recent report saying that Saudi Arabia is considering selling some oil to China using yuan instead of the “petro-dollar” shows the demise of the Western-centric world order, according to Gagnon.“The West’s arrogance, greed and sense of exceptionalism are their Achilles’ heel”, the scholar concludes.