A flock of young turkeys stand in a barn at the Moline family turkey farm after the Mason, Iowa farm was restocked on Aug. 10, 2015. Farms that raise turkeys and chickens for meat and eggs are on high alert, fearing a repeat of a widespread bird flu outbreak in 2015 that killed 50 million birds across 15 states and cost the federal government nearly $1 billion. The new fear is driven by the discovery announced Feb. 9, 2022, of the virus infecting a commercial turkey flock in Indiana. 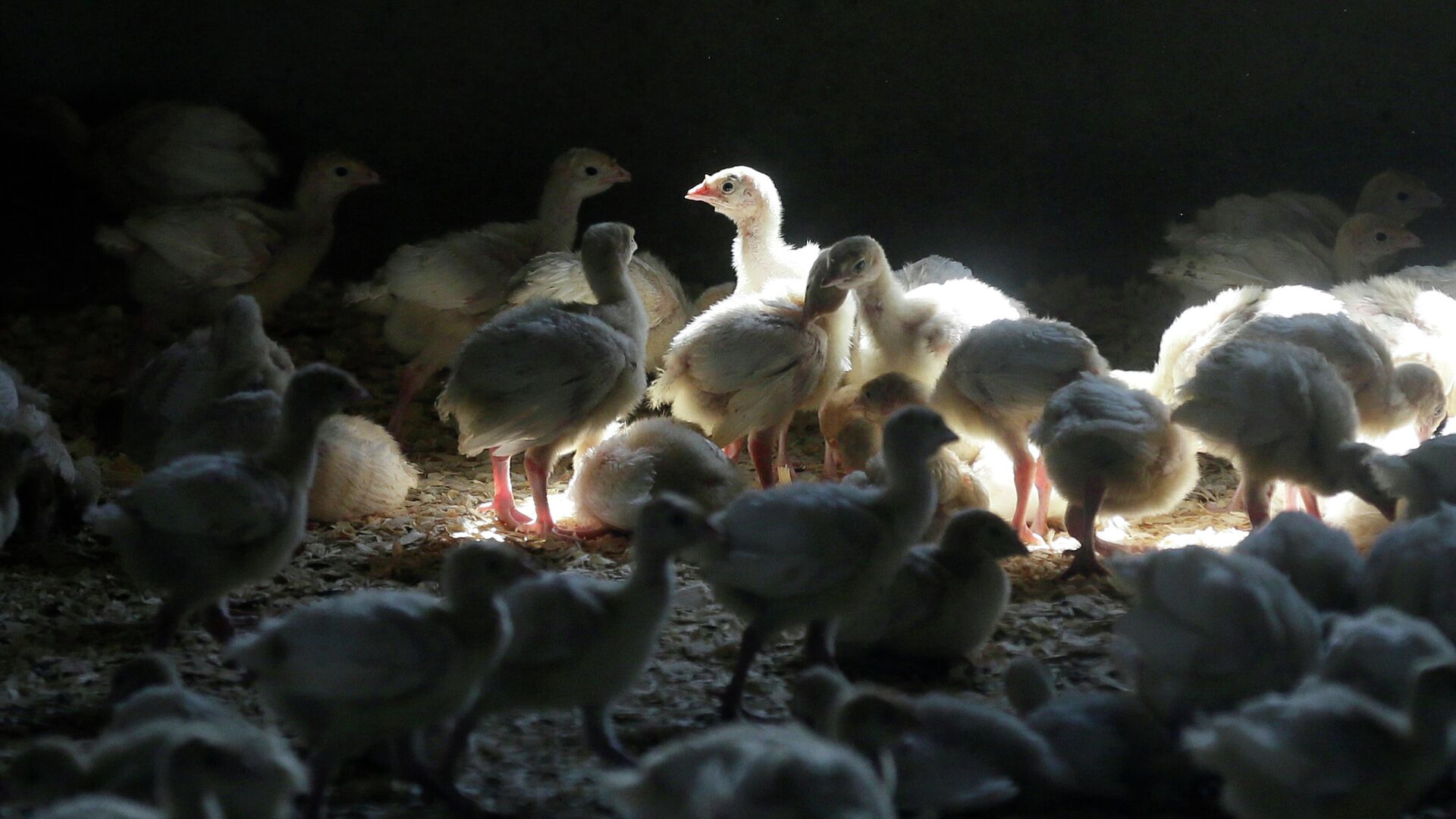 Since January, the US Department of Agriculture’s Animal and Plant Health Inspection Service has confirmed at least 385 domestic cases of wild birds infected with the highly-pathogenic avian influenza (HPAI) virus. Although HPAI-strain viruses are rarely passed on to humans, the disease can rapidly devastate poultry populations. Veterinary officials in South Dakota have confirmed that at least 85,000 birds at two facilities have been euthanized as part of the state’s attempt to combat its first avian flu outbreaks since 2015, when over 50 million domesticated birds were collectively culled due to outbreaks in 21 states.The identified outbreaks occurred in the southeastern county of Charles Mix–the same area linked to South Dakota’s first identified bird flu case on March 6. Turkeys, along with other fowls, were said to be among those culled.

“I think the response is going well and the industry has done a great job of stepping up and trying to prevent it,” said Dr. Mendel Miller, South Dakota’s assistant state veterinarian.

The state official detailed that USDA-approved guidelines were adhered to during the euthanasia process, which reportedly included high heat, and suffocating foam methods.Although the county was noted, the facilities which house the deadly outbreaks were not explicitly named by the South Dakota Veterinary Medical Exam Board.“They’re doing everything they can, but you know, there’s just some things that are out of their control, and we just have to deal with it when it happens,” he added.Two additional sites remain under investigation, Miller confirmed. The facilities’ respective counties will be identified if tests return positive results.State officials are concerned about the impact of such outbreaks, as the USDA has logged an alarming number of reports on wild birds infected with the HPAI virus in 2022.

India’s Maharashtra on High Alert as Bird Flu Kills Hundreds of Avians18 February, 06:08 GMTMiller pointed out that the outbreaks in 2015 impacted tens of millions of birds in the US and triggered a spike in egg prices. The 2022 cases have been identified in a number of waterfowl, like Canadian geese and snow geese, and cases have been detected in the Atlantic, Central and Mississippi Flyaways.“We hope it doesn’t get as large, but if it is [a] migratory waterfowl, they’re still around and that risk is still here,” Miller highlighted.The USDA offers compensation to those forced to slaughter animals due to avian flu concerns.At the same time, Romania has also reported a recent rise in HPAI-infected birds, including a new outbreak of the H5N1 strain in the country’s southern region.Quoting Romanian health authorities, the World Organization for Animal Health announced on Monday that some 6,770 birds were killed due to an outbreak in Oinacu, and nearly 34,000 other animals were slaughtered to prevent the outbreak from spreading.Let’s stay in touch no matter what! Follow our Telegram channel to get all the latest news: https://t.me/sputniknewsus