In this June 19, 2018 file photo, a boat that officials described as being a “drone boat” once loaded with explosives by Shiite rebels in Yemen, is on display at a military installation in the United Arab Emirates. 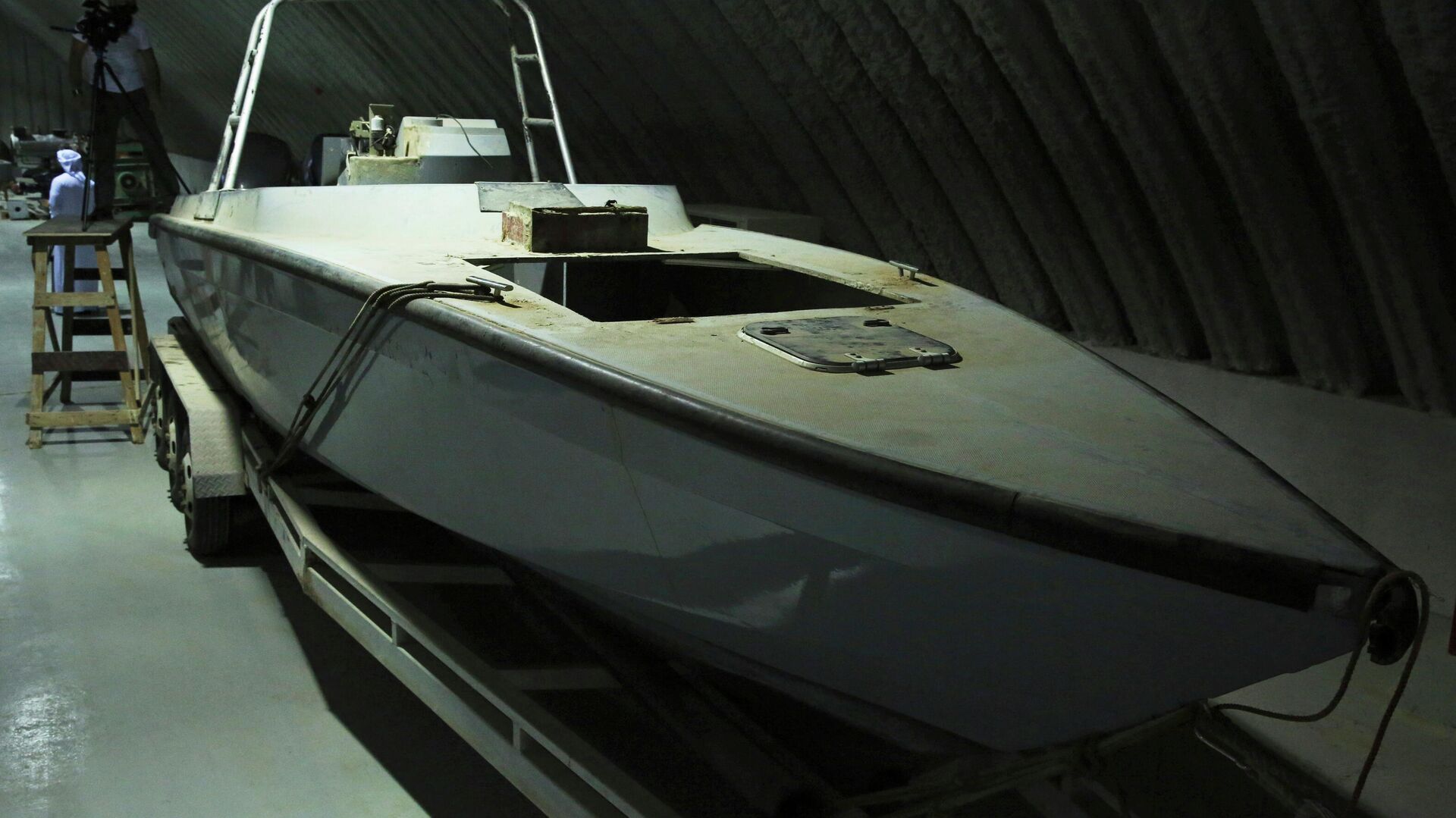 Tim KorsoDespite a lack of tangible success since the start of the operation in 2015, forces from the coalition led by Saudi Arabia continue to wage war against the Houthi militants that have seized half of Yemen after expelling the government from its capital.The Saudi-led coalition has destroyed a Houthi boat rigged with explosives, the Saudi TV channel al-Hadath has reported, citing a statement by the coalition. The boat was reportedly taken out not far from the Yemeni coastal city of Hodeidah.According to the cited statement by the coalition, the explosive-laden boat was threatening to thwart shipping operations in the Red Sea.Earlier in the day, Saudi media reported a series of drone and missile attacks on Saudi gas and desalination facilities by Houthi fighters. While the attacks resulted in the destruction of several vehicles and homes, there were no casualties. The drone strike also hit the Saudi Yanbu Aramco Sinopec Refining Company facility along the Red Sea coast reducing its output “temporarily”, according to a Saudi energy official cited by the local media.The spokesman for Yemen’s Houthi fighters, Yehia Sarie, on 20 March, announced that the militant group had launched “a wide and large military operation into the depth of Saudi Arabia” adding that “sensitive” Saudi targets will be hit. Sarie also lambasted the “aggression and blockade” carried out by the coalition against Yemen.The military coalition led by Saudi Arabia launched an intervention in Yemen in March 2015 seeking to reinstate the government of President Ali Abdullah Saleh, who was deposed and forcibly removed from the capital by the Houthis along with the former government. The Houthi militants now control over half of Yemen, while the forces loyal to Saleh hold the majority of the remaining territory with help from the Saudi coalition.The Saudi coalition has been carrying out strikes against the Houthis and blocking Yemen from the sea for eight years, but has had little success in pushing back the militants. Since then, several members of the coalition have scaled back their military contribution to the mission. The Houthis, in turn, continue to launch drone and missile strikes, primarily against Saudi Arabia – the leader of the coalition.Let’s stay in touch no matter what! Follow our Telegram channel to get all the latest news: https://t.me/sputniknewsus