Flags of the U.S., Russia and Switzerland are pictured in the garden in front of villa La Grange, one day prior to the meeting of U.S. President Joe Biden and Russian President Vladimir Putin in Geneva, Switzerland 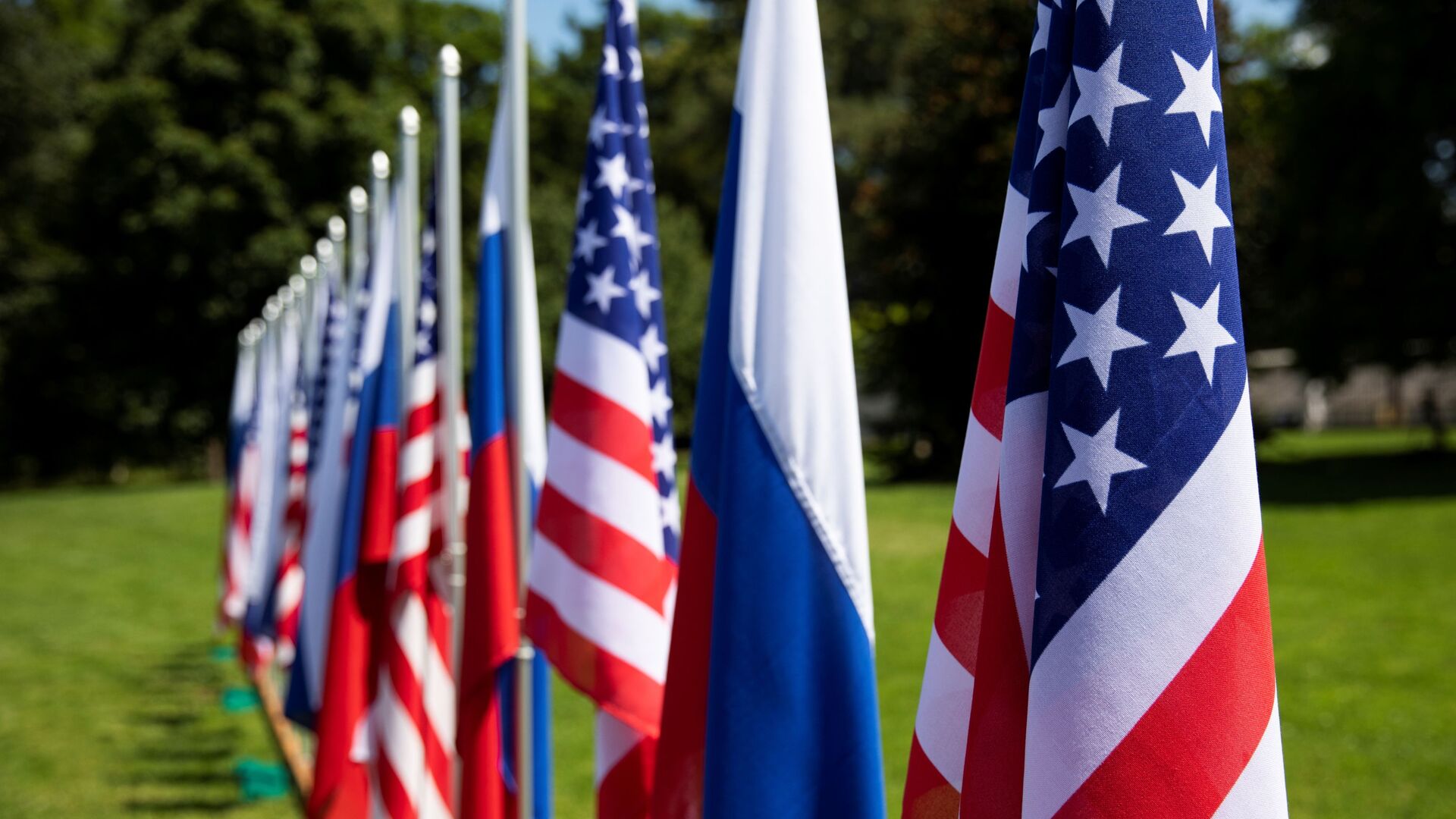 On Monday, the Russian Foreign Ministry stressed that Moscow-Washington relations were close to being severed after US President Joe Biden called his Russian counterpart Vladimir Putin a “war criminal” amid the ongoing special operation in Ukraine. The relations between the United States and Russia are on the verge of rupture, Russian Deputy Foreign Minister Sergei Ryabkov warned on Tuesday. “Yesterday, a note of protest, which stressed that what is happening has put the relations on the verge of rupture, was handed over to the American ambassador. There is nothing more than what was said there”, Ryabkov said.The diplomat emphasised that whether bilateral ties will be severed depends on the course Washington chooses.”[The United States] just needs to stop escalating tensions, both verbally and in terms of pumping up the Kiev regime with weapons. They must stop producing threats against Russia”, Ryabkov told reporters, answering a question on whether the Russian side has an understanding of what Washington could do to salvage relations.At the same time, he said that if Washington manages to have a positive impact Kiev, which he doubts will happen, “then there will generally be a certain prospect for normalising relations”.

Chinese MFA: Western Sanctions Against Russia Are Increasingly ‘Outrageous’20 March, 03:57 GMTThe deputy foreign minister reiterated that sanctions or US pressure will have zero influence on Russia’s determination to complete the special military operation in Ukraine and protect Donbass.”This does not affect our determination to adjust to the circumstances associated with American sanctions, which were introduced by the US’ European satellites at Washington’s behest”, he added.On Monday, the Russian Foreign Ministry handed a note of protest to US Ambassador John Sullivan, stressing that President Joe Biden’s “unacceptable” remarks about Vladimir Putin have pushed bilateral relations to the brink of collapse. Biden called his Russian counterpart a “war criminal” amid the ongoing special op in Ukraine, a comment which Moscow lambasted as “unworthy of a statesman of such high rank”.Speaking with reporters at the White House last week, Biden was asked whether he considers the Russian president to be a war criminal. After initially responding in the negative, Biden returned seconds later and clarified: “I think he is a war criminal”.

Situation in UkrainePutin: Main Goal of Russian Operation in Ukraine is to Set Donbass Free From Genocide18 March, 13:22 GMTThe diplomatic breakdown comes as the United States along with dozens of European nations have imposed several batches of sanctions against Russia, targeting its economy, space industry, financial institutions, businesses, etc., in response to Moscow’s special military operation to demilitarise and “de-Nazify” Ukraine.The operation was authorised by President Vladimir Putin on 24 February following a request from the newly-recognised Donetsk and Lugansk People’s Republics. The president stressed that the decision, as tough as it was, was made in order to protect the Donbass population, which has faced continued attacks and genocide by the Kiev regime for eight years.