Britain’s Prince William and Catherine, Duchess of Cambridge, laugh during their visit to Hopkins, a small village on the coast which is considered to be cultural centre of the Garifuna community in Belize, amid a tour of the Caribbean, March 20, 2022. 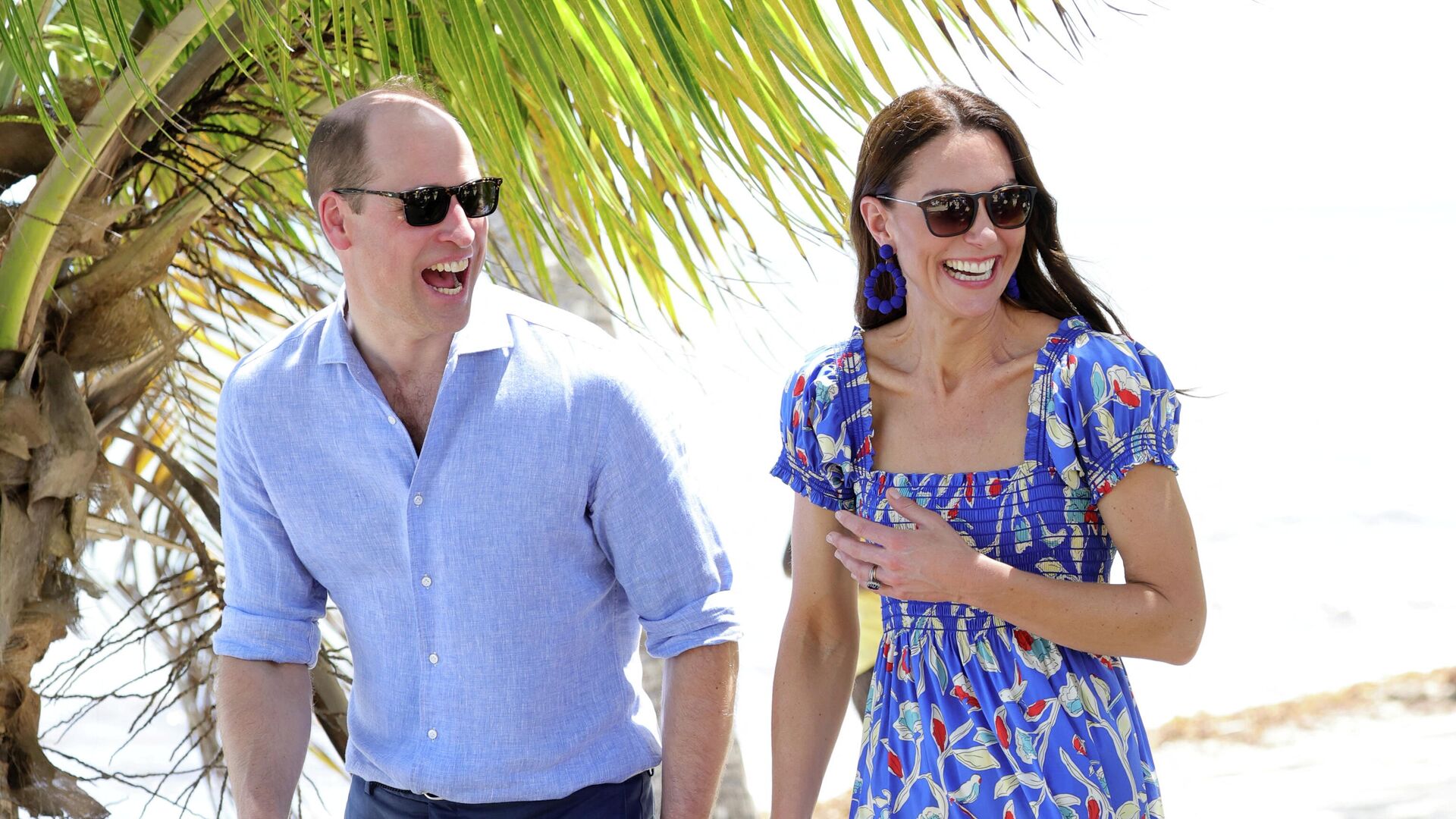 The couple arrived in the Central American nation as part of their Caribbean tour during which they will visit several Commonwealth nations. The tour is aimed at marking Queen Elizabeth’s Platinum Jubilee (70th year on the throne) as well as drumming up support for the association and the monarchy.An unwritten rule dictates that members of the UK Royal Family are required to exercise great self-restraint when it comes to emotions, unless of course you hear Central American music, then you hit the dance floor and sha-sha-shake it like there’s no tomorrow. And that is exactly what Prince William and Kate Middleton have done during their visit to Belize.

During their stay, the Cambridges met with representatives of the Garifuna community in the beachfront village of Hopkins. According to UK media outlets, the couple was warmly welcomed by residents and was introduced to local culture. They also participated in festivities, which included dancing to local music.

Laura Cacho, 57, who organised the meeting said the Duchess was the first to move to the beat. After a small bit of encouragement Prince William, second in line to the throne, hit the dance floor and judging by the photos and comments from local residents the two royals showed some serious moves.

"They really know how to dance. They were shaking their waists like nobody's business. [William] had beautiful rhythm. It was a pleasure for me. Kate was excellent as well and definitely has Garifuna culture in her", said Laura Cacho. 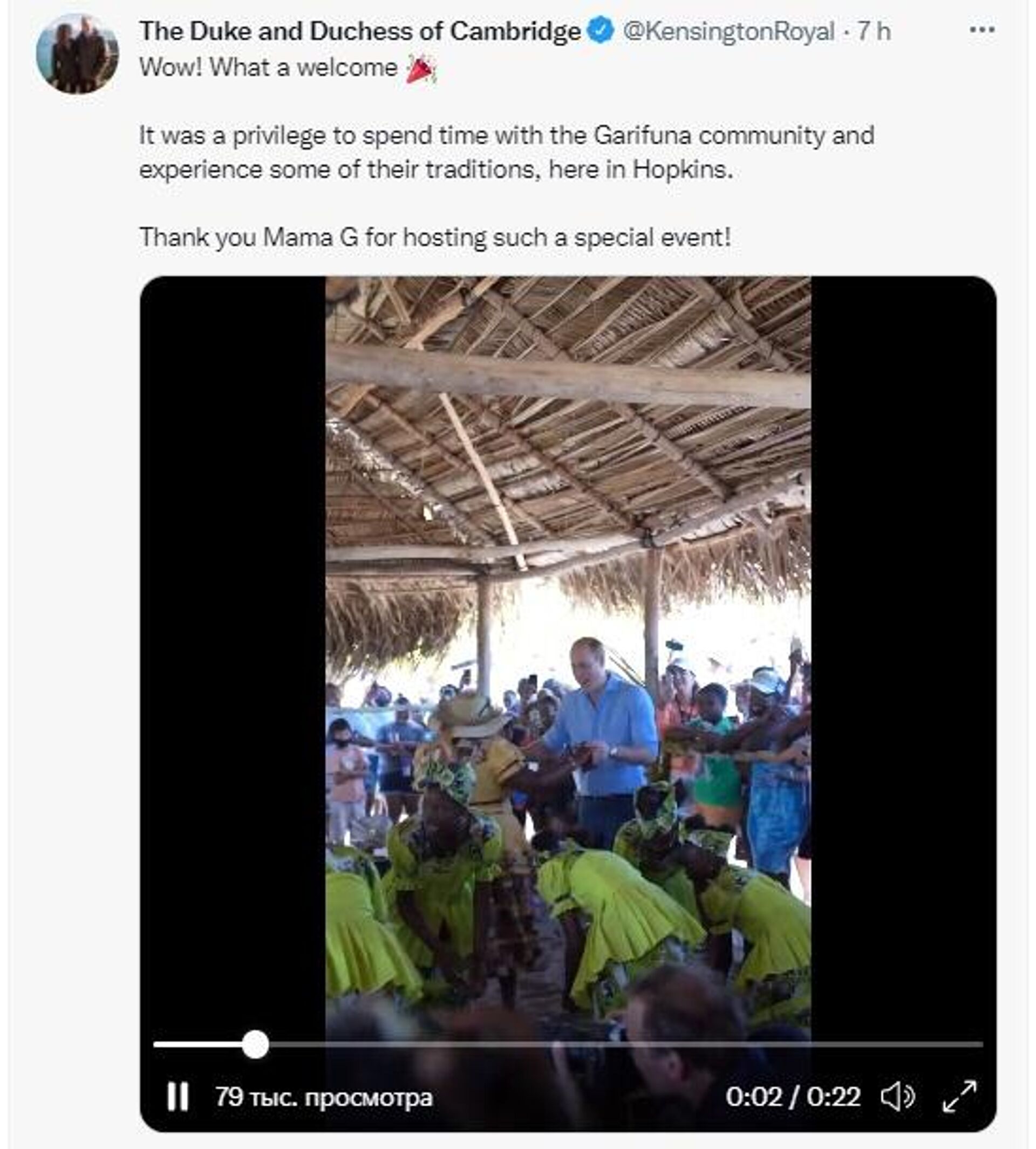 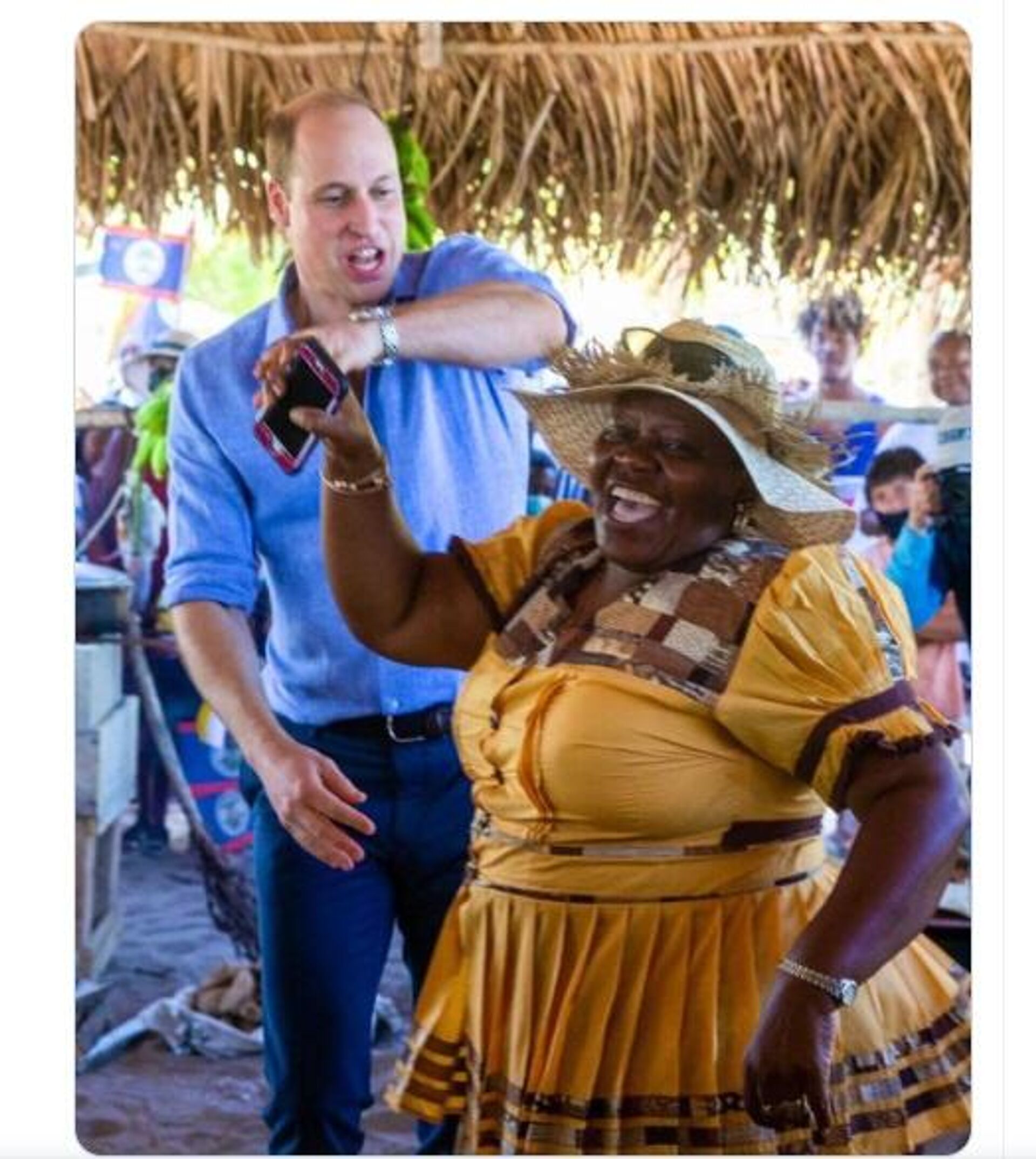 After burning off some calories the pair visited a cacao farm, where world-famous Mayan chocolate is made.

"I think our children [George, 8, Charlotte, 6, Louis, 3] will be very jealous", the Duchess said after sampling the chocolate.

Prince William seemed even more impressed. The 39-year-old voiced a desire to give up royal life (Hi, Prince Harry) and get into the chocolate-making business.

"Do you take apprentices? Can I come and work for you? It's my kind of thing", William said addressing the owner of the farm. 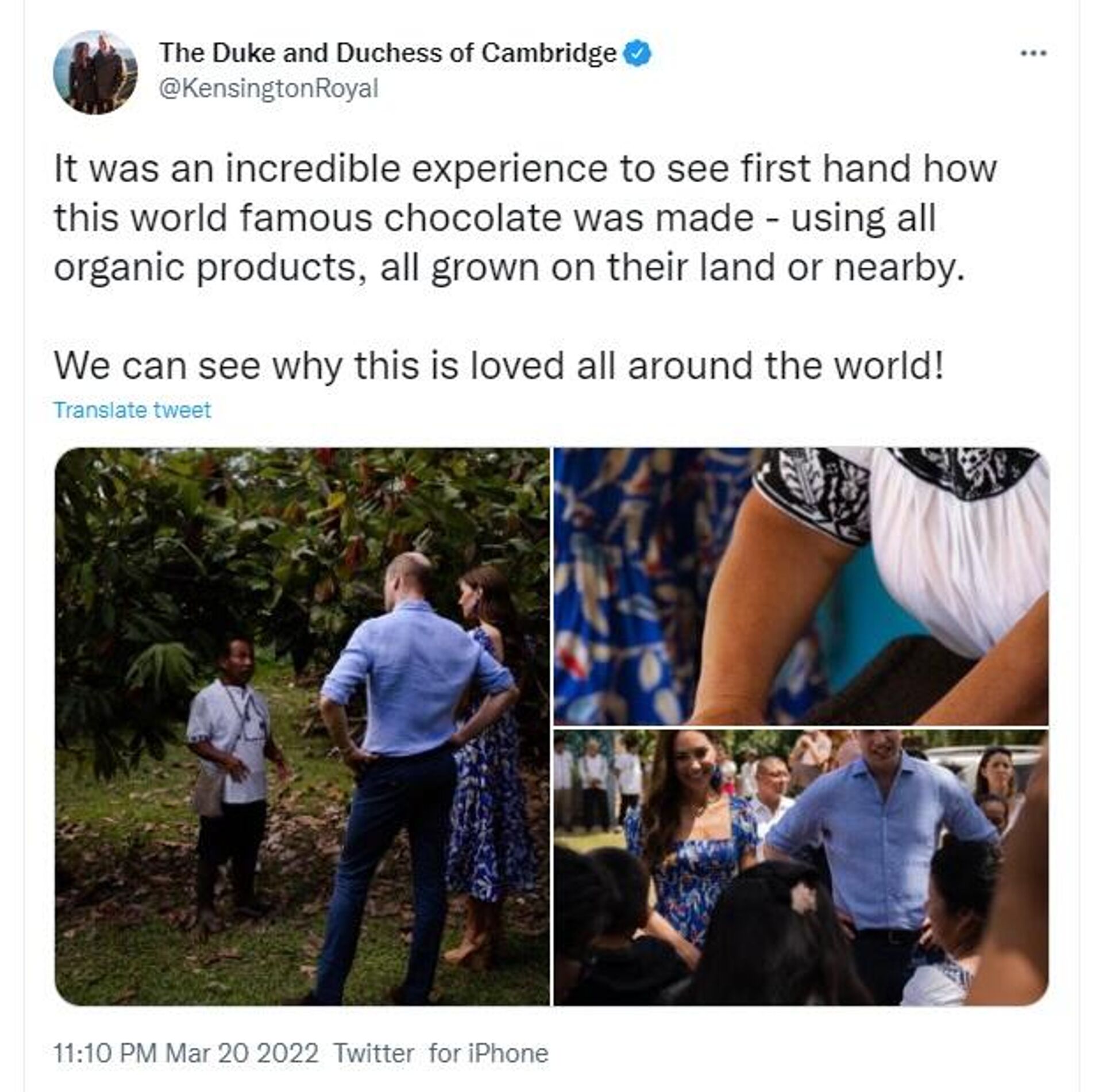 Twitter screenshotThe Cambridges arrived in Belize as part of their Caribbean tour, aimed at marking the Queen’s Platinum Jubilee (70 years on the throne). The tour got off to a rocky start. Initially, the royals were scheduled to visit Indian Creek village and its cacao farm, but the residents staged a protest. According to local media, residents of the village were frustrated that no one spoke to them about the visit.

Other reports suggest that the demonstration had an anti-colonial sentiment. Belize is a member of the Commonwealth, an association of 54 countries that are former British colonies or current dependencies.© PhotoTwitter screenshot

Twitter screenshot
It is believed that during the tour Prince William and Kate Middleton will drum up support for the UK monarchy and strengthen ties between the countries. This is important as several Commonwealth nations are considering their association with the British Crown, i.e., becoming republics and replacing Queen Elizabeth as their formal head of state.

Barbados cut its association with the British Crown in November. Jamaica, the next stop on the royal tour, is also considering such a move.Let’s stay in touch no matter what! Follow our Telegram channel to get all the latest news: https://t.me/sputniknewsus