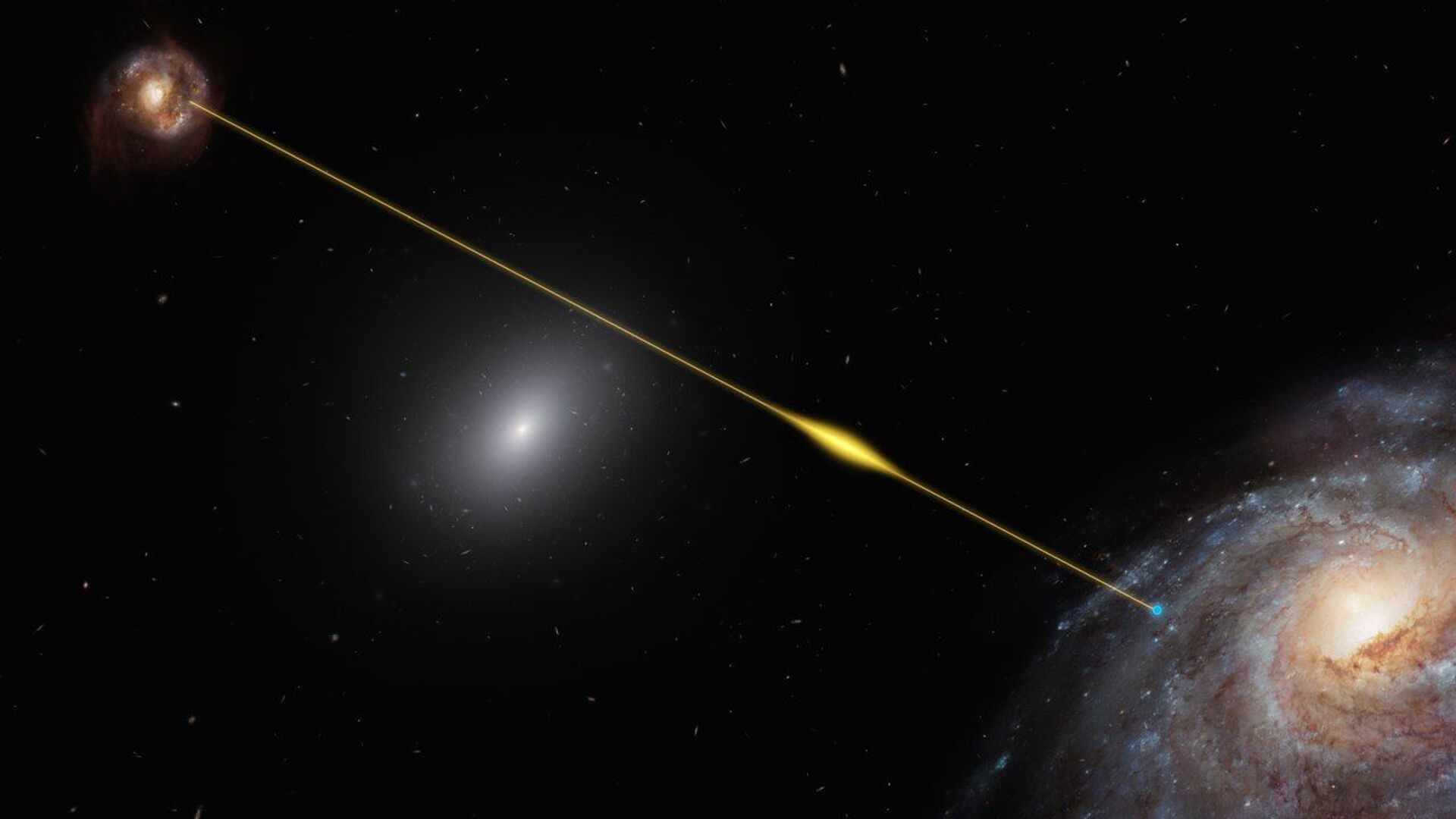 Fast radio bursts (FRBs) have puzzled scientists ever since they were discovered in 2007 by a British-born American astrophysicist, Duncan Lorimer, and his students. In just a few milliseconds these radio waves manage to discharge more energy than hundreds of millions of suns. The exact origin and cause of FRBs is uncertain.An international team of astrophysicists has conducted a study on mysterious fast radio bursts, which they say could reveal key details about them. According to the findings of the study, published on 17 March, in the journal Science, the researchers from Green Bank Observatory in West Virginia, looked into properties of light emitted by a small population of FRBs.

In particular, they examined the light’s polarisation. Light is delivered in waves and those that vibrate or oscillate in more than one direction are referred to as unpolarised light. Polarised light waves, on the other hand, are light waves in which the vibrations occur in a single direction. Scientists say their research may shed light on the formation of FRBS.

"The emission from a FRB traverses an enormous distance before hitting Earth, passing through regions that can put their own particular twist on the radio polarisation. For this reason, the study of the polarisation of FRBs, and the changes it undergoes until it is detected by our telescopes on Earth, tells us about the environments where they are born and all the space in between," the scientists said in a statement.

Researchers note that the data they obtained shows that key details of polarisation of light in fast radio bursts depended upon radio frequency in which the light was observed. These properties can change very quickly in a short time, the scientists say.

The changes occur if repeating FRB emission passes through a complex environment around the bursting sources. “For example, the FRB light could be moving through the remnants of a supernova (exploded star), the gas surrounding a rapidly rotating, dense stellar corpse called a pulsar, or super-heated gas near huge black holes,” the group wrote in a statement.

The data also shows an evolutionary trend in FRBs, with more active sources in more complex environments and “larger polarisation changes being younger explosions”. “These extremely active FRBs could be a distinct population”, said Yi Feng, lead author of the study.