With his brace against Carlo Ancelotti’s side, Aubameyang not only took his team to a stunning 4-0 victory during the weekend, but also became the first man to hit the net in five consecutive matches against Los Blancos this century.

Basking in glory in the aftermath of his stunning double against Madrid, Aubameyang posted an image on Twitter, featuring the cartoon Dragon Ball Z and himself, before writing “Hello from the finished player” in the caption.© PhotoPierre-Emerick Aubameyang Twitter Screenshot 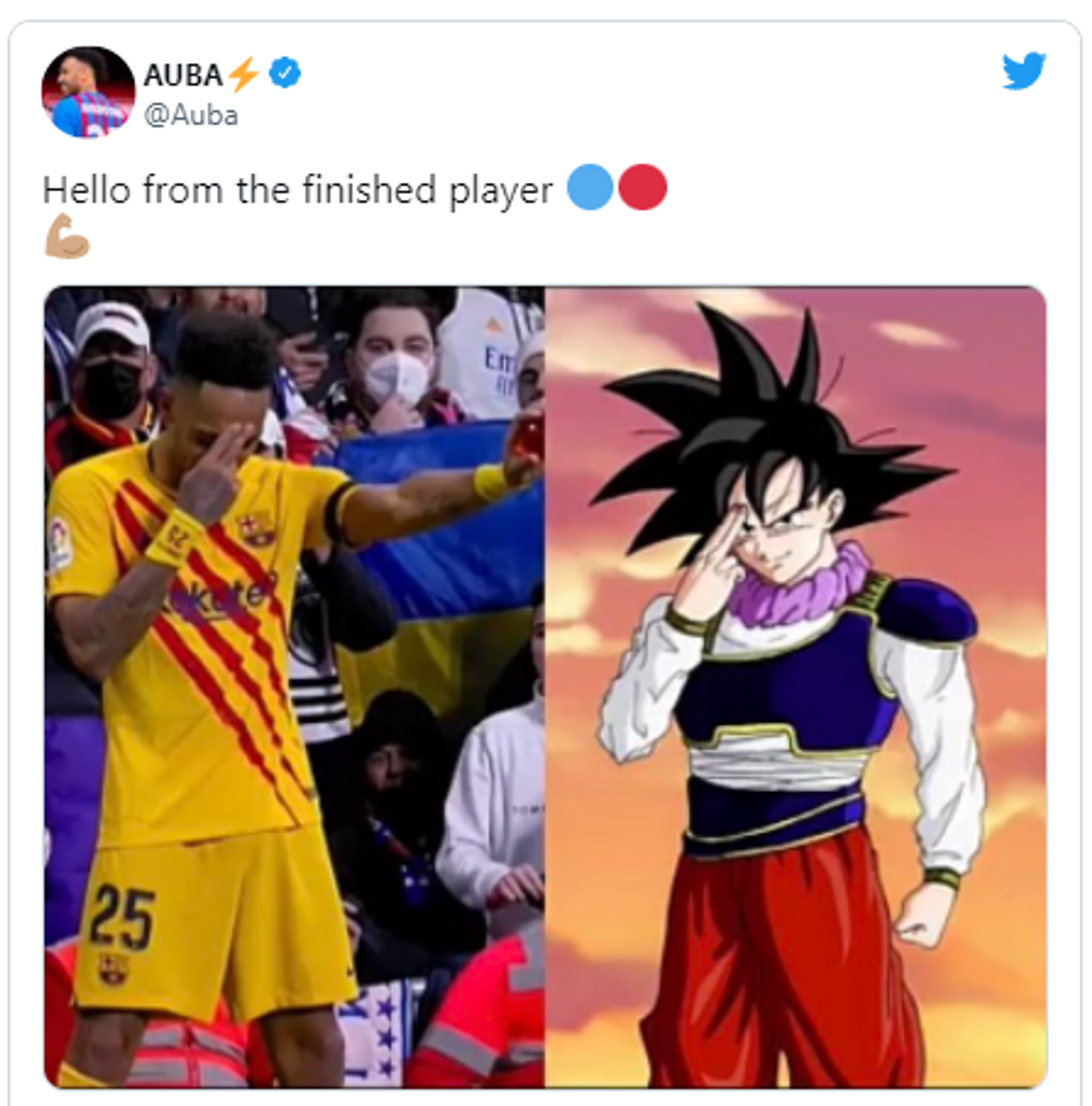 Pierre-Emerick Aubameyang Twitter ScreenshotIt appeared like a message to his erstwhile club Arsenal supporters, who had labelled him as a “finished player” after he was sacked as club captain over disciplinary issues in December last year.

Subsequently, the 32-year-old footballer moved to Catalonia on a free transfer and his switch has done wonders for both Barca and the Gabon international.

While Aubameyang has scored a super impressive nine goals in nine matches for Lionel Messi’s former club, Barca are enjoying a rare winning run of five consecutive games this term.

As a result, the Catalan side has moved to third spot in the current La Liga standings, a turnaround which looked nearly impossible just a few months ago when they were relegated to the Europa League.

On the other hand, Aubameyang is looking like a player who is enjoying his new found success and is hungry for more.