Karnataka lifted clamped on markets and were seen brimming with people 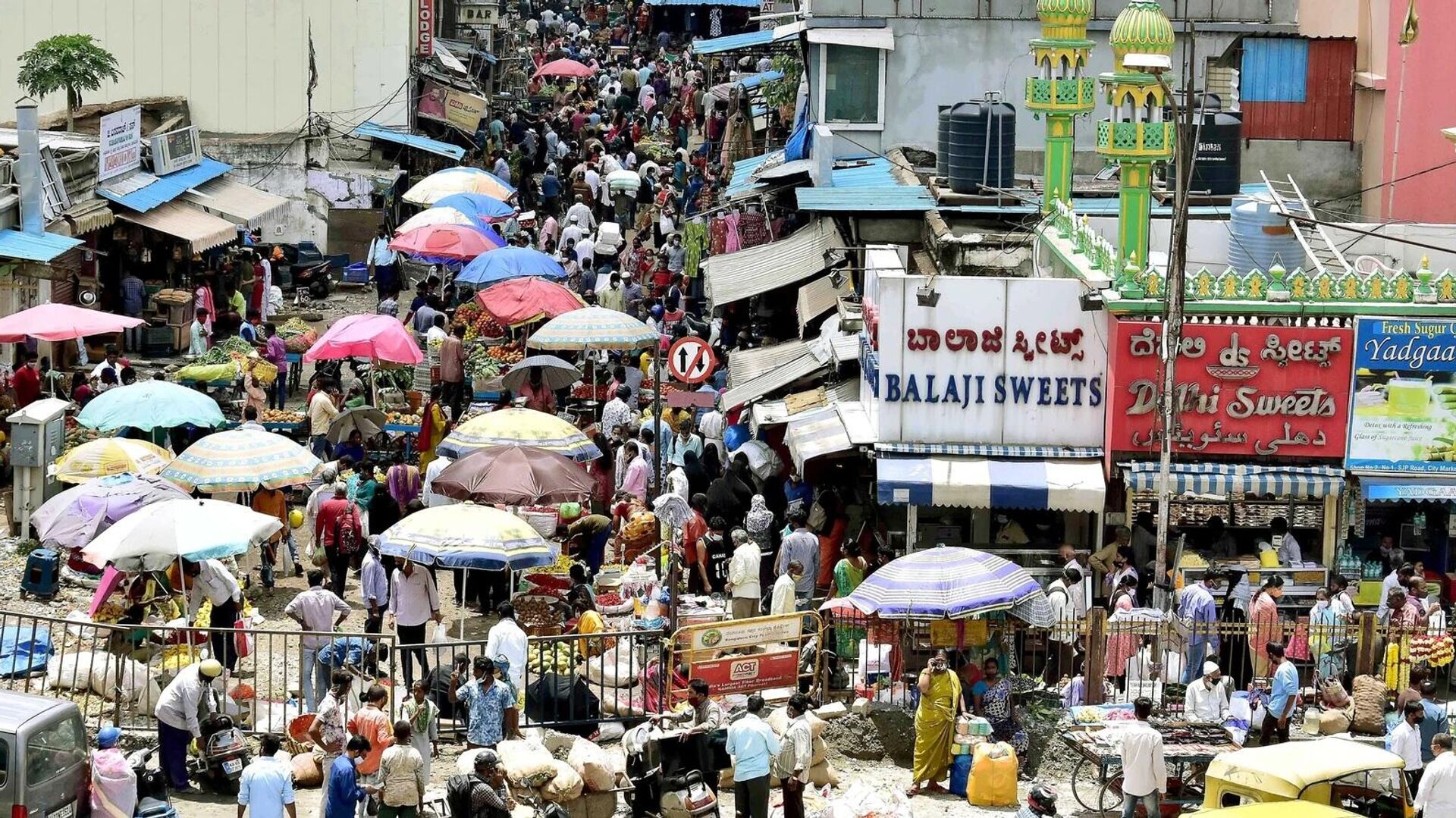 Deexa KhanduriSputnik correspondentOrganised once every two years, the Hindu festival “Kote Marikamba Jatra” draws hundreds of thousands of visitors. According to local residents, Muslims and Christians usually also provide “harake”, an offering to a deity for the fulfilment of their wishes.Muslim traders in the Shivamogga district of the Indian state of Karnataka have not been allowed to set up makeshift shops during the “Kote Marikamba Jatra” festival, which will last for five days, starting Tuesday. The decision came after the state’s governing Bharatiya Janata Party (BJP) politicians, activists from the Hindu groups Bajrang Dal and Vishwa Hindu Parishad on 19 March threatened the organisers, demanding that only Hindu shopkeepers be allowed to do business at the festival.According to The Hindu, Chikanna, a Muslim trader, was allocated a stall for the festival on 17 March. When he tried to set up the stall, Hindutva workers created a stir and he also received threatening phone calls. After this, he asked the organising committee to cancel his submission for the stall.On 19 March, Hindu activists held a meeting with committee members, and now the Hindu groups will be deciding to allot shops (however, total numbers of shop allotted to Muslims traders is not known) as per their wish.Committee president S.K. Mariyappa said that communal biases have never influenced the festival’s organisation panel in the past.

"But some people launched a campaign on social media platforms against allowing Muslim shopkeepers. Only three days are left for the festival to start. We agreed to their demand in the interest of smooth conduct of the festival", he stated.

Hindu group members defended their action by citing the murder of Bajrang Dal activist Harsha in the Shivmogga. Harsha’s death is allegedly a case of rivalry between two local Hindutva and Muslim gangs. He was an active and vocal member of Bajrang Dal in the area.