Russian opposition figure Alexei Navalny is seen on a screen via a video link during the verdict in his embezzlement and contempt of court trial at the IK-2 prison colony in the town of Pokrov in Vladimir Region on March 22, 2022. 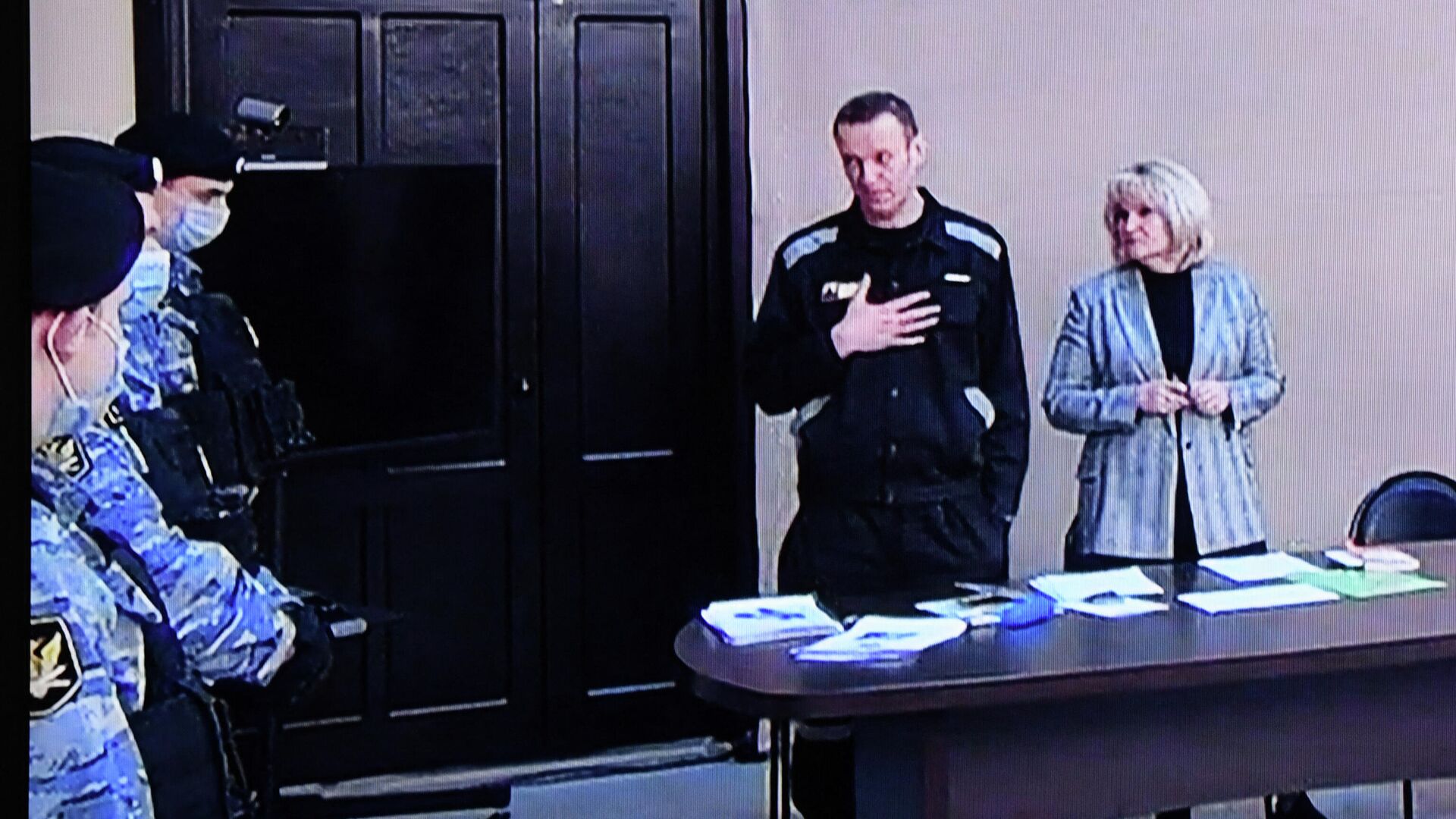 POKROV, Russia (Sputnik) – A Moscow district court has sentenced jailed opposition figure Alexey Navalny to nine years in a strict-regime penal colony in a criminal case of fraud and contempt of court, judge Margarita Kotova said on Tuesday.”[The prison] term is nine years …. [in a] strict-regime [colony],” the judge said.The opposition figure has also been fined 1.2 million rubles ($11,527).Navalny’s lawyer said the court’s decision will be appealed. The prosecutors were seeking 13-year imprisonment and a fine of 1.2 million rubles for Navalny on charges of fraud and contempt of court. Earlier in the day, the court issued a guilty sentence on Navalny.