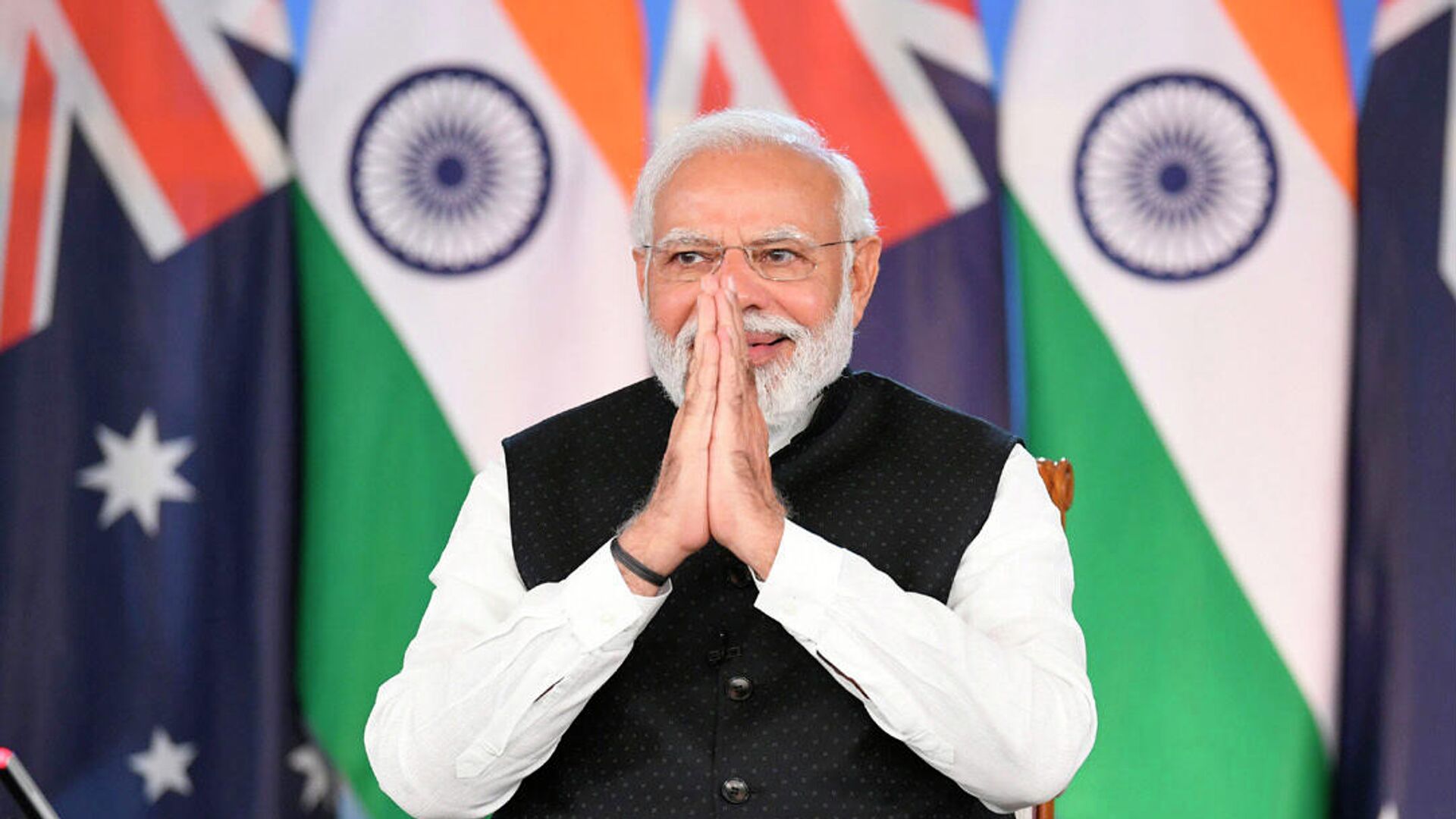 Rahul Trivedi The first virtual summit between Indian Prime Minister Narendra Modi and his Australian counterpart Scott Morrison was held on 4 June 2020, marking an elevation of the relationship between their two nations to a “Comprehensive Strategic Partnership”.India’s Prime Minister Narendra Modi, during a virtual summit with Australian PM Scott Morrison on Monday stressed the importance of an early conclusion of a Comprehensive Economic Cooperation Agreement (CECA), saying that it will be “crucial for our economic relations, economic revival and economic security”.In his opening remarks, Modi said: “Our collaboration reflects a commitment to [a] free, open and inclusive Indo-Pacific. Early conclusion of talks for [a] Comprehensive Economic Cooperation Agreement is the key for economic ties”.”In our last virtual summit, we had given our relationship the form of a comprehensive strategic partnership. I am happy we are establishing a mechanism of the annual summit between the two countries”.He said this will prepare a structural system for a regular review of our relations. “In the past few years, our relations have seen remarkable growth. Trade and investment, defence and security, education and innovation, science and technology — in all these sectors we have very close cooperation”, the Indian prime minister added.Meanwhile, Morrison, in his opening remarks, said that the summit was held against the “very distressing backdrop of the war in Europe” and that Russia must be held to account for the tragic loss of life in Ukraine.Speaking in Hindi, Prime Minister Modi, however, did not refer to the situation in Ukraine or Russia. Rather, he chose to highlight the responsibility of countries with shared values, such as India and Australia, to ensure checks and balances for critical and emerging technologies.Meanwhile, Modi expressed his gratitude to Morrison for returning 29 artefacts that had been smuggled to Australia.“I thank you for the initiative to return the Indian antiquities. Antiquities sent by you include hundreds of years old artefacts and photos that were illegally taken out of Rajasthan, West Bengal, Gujarat, Himachal Pradesh, and other states. On behalf of all Indians, I thank you”, the Indian prime minister stated. Earlier in the day, the 29 artefacts were repatriated to India by Australia.Modi inspected the antiquities, which broadly fall into six categories — Lord Shiva and his disciples, worshipping Shakti (Goddess Durga), Lord Vishnu and his forms, Jain tradition, portraits, and decorative objects.Primarily the sculptures and paintings have their roots in the states of Rajasthan, Gujarat, Madhya Pradesh, Uttar Pradesh, Tamil Nadu, Telangana, and West Bengal. They belong to different time periods, with the earliest dating to 9 to 10th century CE.© Photo : Twitter/@sambitswarajPM Modi Inspecting 29 Artefacts Repatriated to India from Australia

Australia Hands Over 29 Artefacts to India ahead of India-Australia Virtual SummitAustralia is also expected to announce investments of $196 million (more than INR 15 billion) and a slew of initiatives to enhance cooperation in areas ranging from rare earth minerals to defence.