A demonstrator holds a flag of Ukraine outside a Citibank location during an anti-war rally in New York City, U.S., March 16, 2022

Directed by Igor Lopatonok, the 2016 movie “Ukraine on Fire” features Oliver Stone as an executive producer, who also interviews figures like Russian President Vladimir Putin and former Ukrainian leader Viktor Yanukovich in the film. The movie revolves around the 2014 Ukrainian coup, the war in Donbass, the Crimean referendum, and other events.Internet enterpreneur Kim Dotcom has taken to Twitter to recommend all those tweeting about Ukraine to first watch the documentary “Ukraine on Fire” that covers the tumultuous events that occurred in Ukraine in 2014, such as the Maidan revolution and the Donbass war.He posted a Rumble link to the movie, featuring Oliver Stone interviewing figures like Russian President Vladimir Putin and ex-Ukrainian President Viktor Yanukovich about the 2014 revolution in the Eastern European country.In separate tweets, Dotcom appeared to have shown what some of his followers deemed veiled support of Moscow in the ongoing conflict in Ukraine. In one particular tweet, the blogger rolled out his own statement regarding the crisis.

"If you don't want Russia to fight Ukraine, don't let the US government use Ukraine to fight Russia", his statement reads. "NATO exists to funnel money to US arms manufacturers. The US wants conflict with Russia to sell more arms to NATO members. This is a war for US war profiteers". 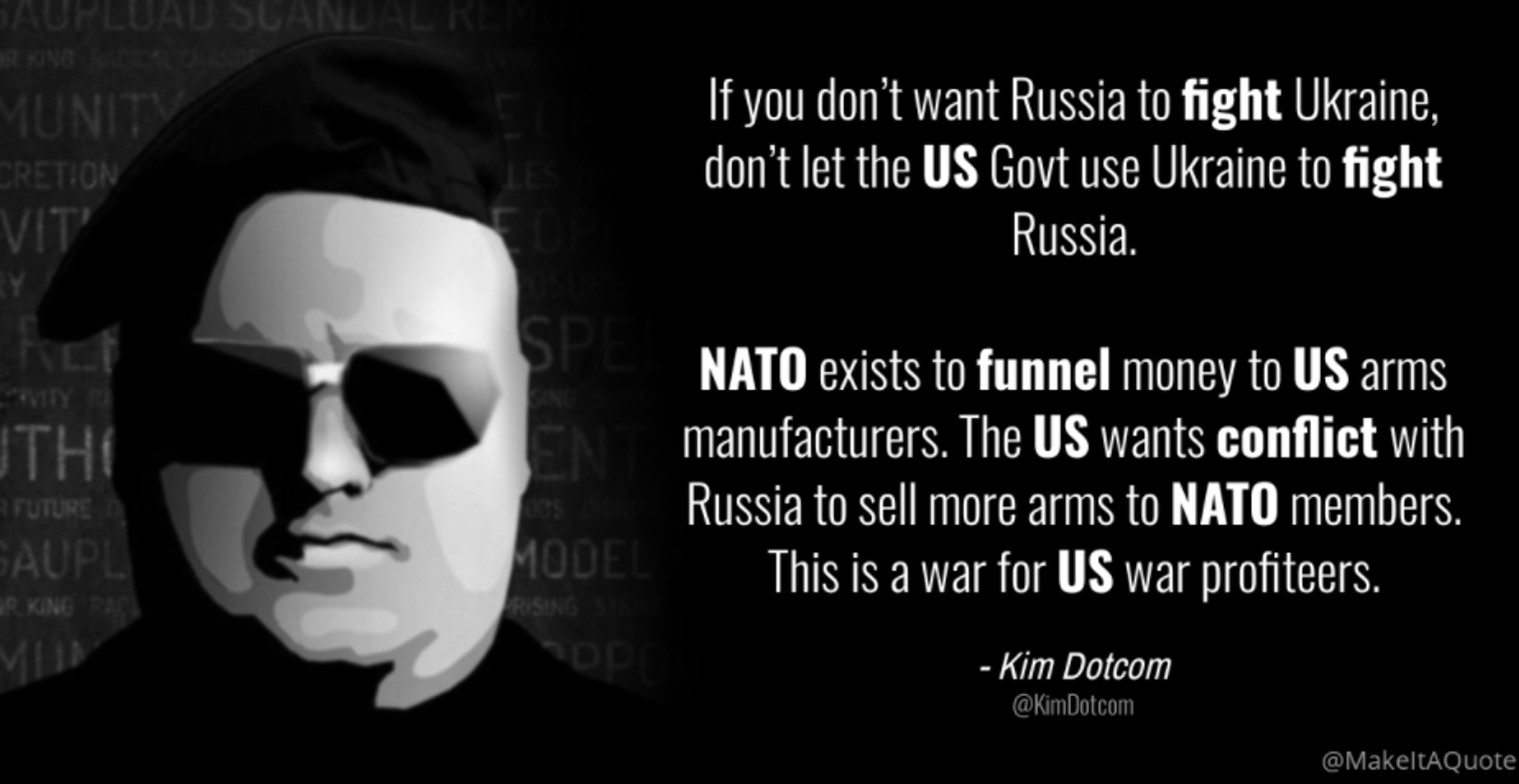 ScreenshotDotcom additionally slammed the calls by Washington to charge Russia with war crimes at the International Criminal Court (ICC) – “the same Court the US Govt legislated against to stop its war crimes from being prosecuted”, as he put it.Released in 2016, “Ukraine on Fire” was labelled on YouTube (although it remains accessible) after the platform deemed that it breached its policy on violent content, so the film was uploaded on Rumble for free. Featuring director Oliver Stone, the movie details the development of Ukrainian nationalism. The movie takes a particular look into the events of 2014, when Kiev was rattled by the violent Maidan coup – the event that triggered Crimea’s reunification with Russia, the war in Donbass, and contributed to the ongoing conflict between Russia and Ukraine.Since 24 February, Moscow has been carrying out a special military operation that was launched by the Kremlin to “demilitarise and de-Nazify” Ukraine. Moscow said it has no plans to occupy Ukraine, underlining that Russian troops are exclusively targeting military infrastructure there and pose no threat to civilians. The West has condemned the Russian operation, imposing a slew of sanctions targeting Russia’s economy, media, culture, businesses, and politicians.Let’s stay in touch no matter what! Follow our Telegram channel to get all the latest news: https://t.me/sputniknewsus