Ajax’s head coach Erik ten Hag gives instructions from the side line during the Champions League group C soccer match between Ajax and Besiktas at the Johan Cruyff ArenA in Amsterdam in Amsterdam, Netherlands, Tuesday, Sept. 28, 2021 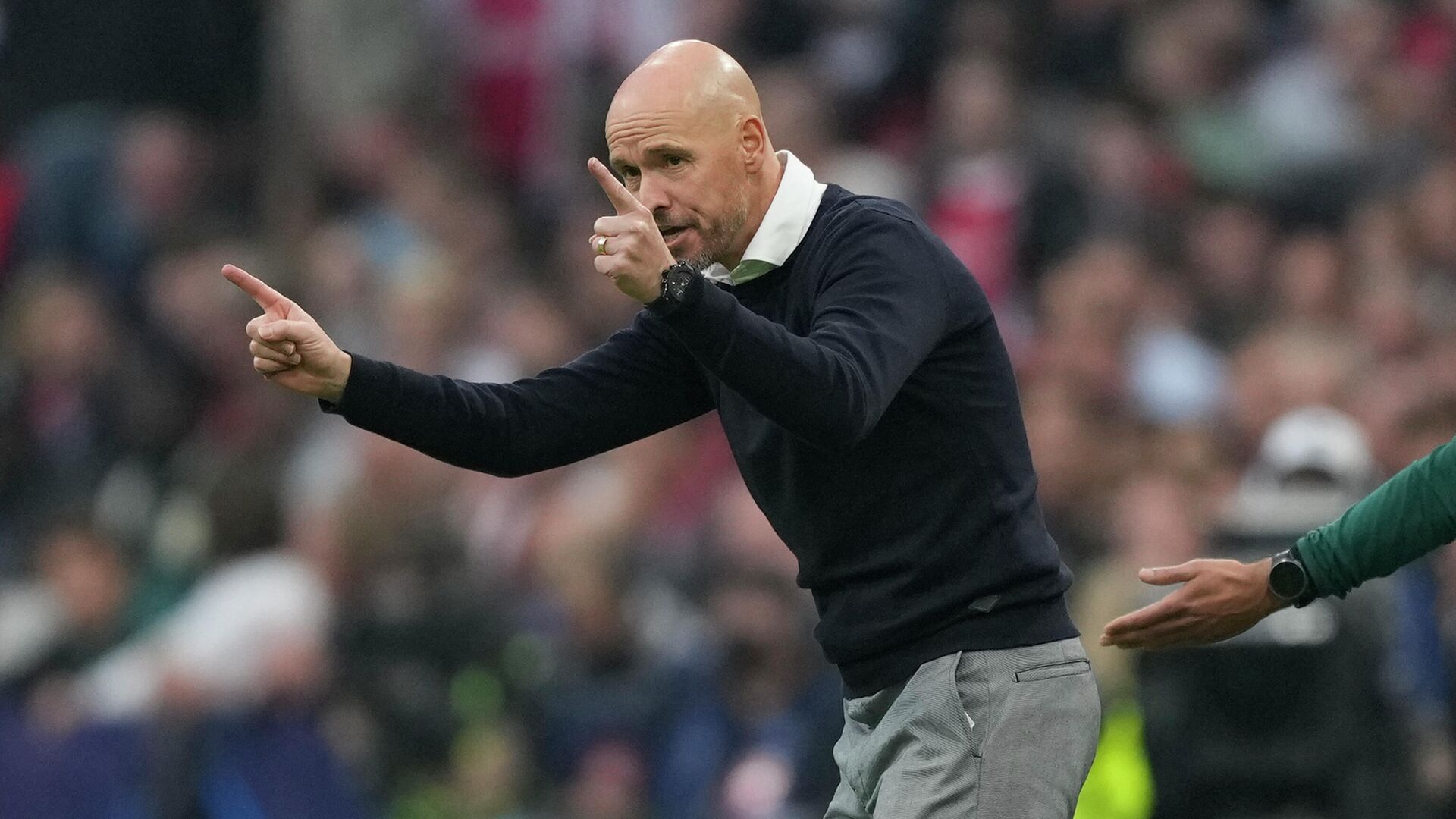 Pawan AtriMan United’s search for a new long-term manager has intensified in recent weeks after reports claimed that PSG’s Mauricio Pochettino, Ajax coach Erik ten Hag, and even Chelsea’s Thomas Tuchel have been shortlisted as candidates. They sacked Ole Gunnar Solskjaer in November before naming Ralf Rangnick as their interim head coach for six months.Erik ten Hag has emerged as the frontrunner to become Manchester United’s next long-term manager ahead of Paris Saint-Germain (PSG) boss Mauricio Pochettino, British daily The Sun reported.According to the newspaper, the Dutchman’s rise in the race came after the Red Devils did a detailed background check of all the shortlisted candidates for the top job at Old Trafford.The media outlet further claims that United’s top management, including Richard Arnold, are confident of ten Hag’s success at the club.Carrington chiefs believe that the current Ajax manager has both the pedigree and the mantra to take the club back to its glory days, something which has been missing since 2013, when Sir Alex Ferguson retired as manager after nearly 30 years at the helm.On the other hand, Pochettino, who was the overwhelming favourite until recently, has witnessed a downgrade in his position, particularly after PSG’s Champions League exit earlier this month.Although the name of Thomas Tuchel came under discussion, United’s bosses believe that the situation at Stamford Bridge will quickly improve with Chelsea’s takeover and the Blues may not allow ten Hag to leave after that.United are focused on appointing their new manager well before the start of the next season to give him ample time to spend with the club’s players.Ten Hag’s Ajax contract expires in 2023 and if the Red Devils management opts for his services, they would have to pay a hefty compensation amount to his present-day employers.