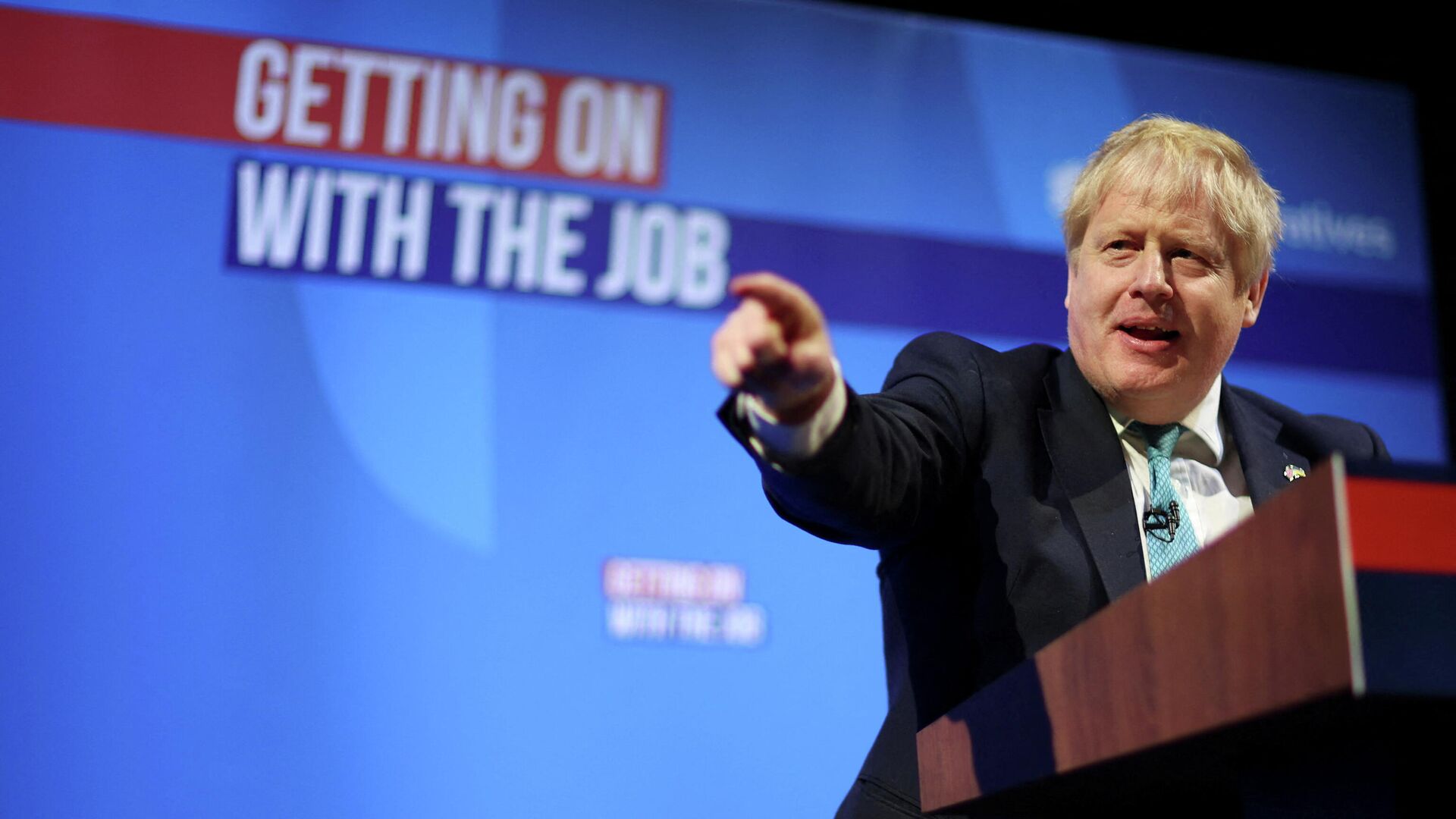 James TweedieBritish Prime Minister Boris Johnson has drawn praise from leaders in Kiev for supplying anti-tank missiles to its forces even before the war with Russia and for going further than the European Union in slapping sanctions on Moscow.A Downing Street insider has said the Prime Minister’s comparison of Ukraine’s conflict with Russia to Brexit was ill-advised.Speaking at the Conservative Party spring conference in Blackpool on Saturday, PM Boris Johnson likened Kiev’s wish to join the European Union to Britain’s 2016 vote to leave it.The “instinct of the people of this country, like the people of Ukraine, to choose freedom,” he said, listing Brexit and the 91 per cent rate of voluntary COVID-19 vaccine uptake as examples.But that drew fire from the the Europhile opposition and unrepentant Remainers in his own party.

Johnson's comments "sounded better written down than it did when spoken," a source told the Times on Monday.

Health Secretary Sajid Javid denied on Monday that the PM was making a glib comparison between the conflict and Brexit.”I think it’s spurious to say that he was connecting somehow the UK and Ukraine in that way,” Javid said. “I think most normal people listening to that wouldn’t have drawn that conclusion.”

Boris Johnson Under Fire After Comparing Ukrainian Crisis to Brexit VoteYesterday, 12:17 GMTHouse of Commons Defence Select Committee chairman Tobias Ellwood, an opponent of Brexit and regular critic of Johnson who has called for a NATO ‘no-fly zone’ over Ukraine, complained that the speech “damages the standard of statecraft we were beginning to exhibit.”© Tobias Ellwood/TwitterTweet by Conservative MP Tobias Ellwood attacking Prime Minister Boris Johnson’s comparison of the Ukraine crisis to Brexit 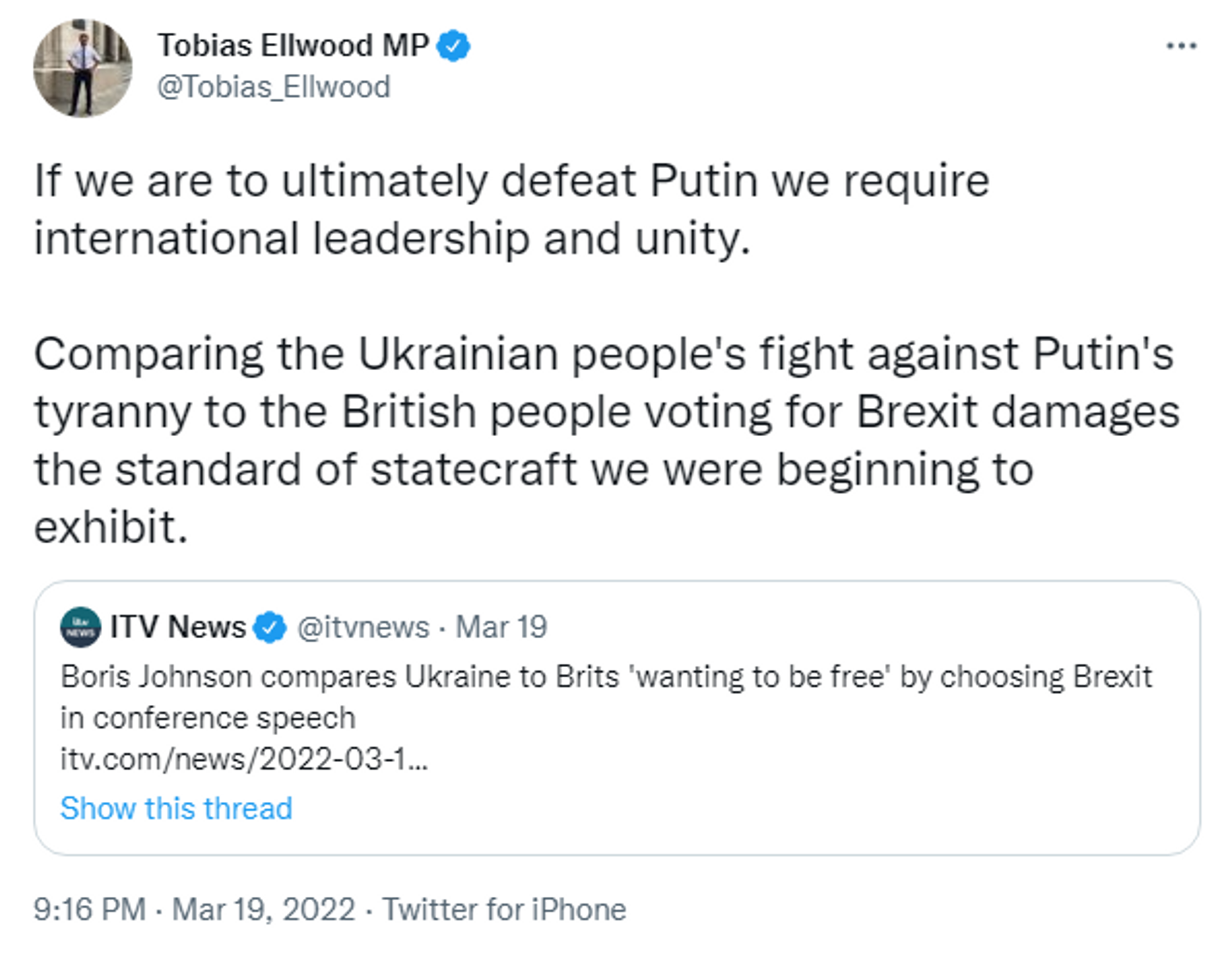 Conservative MP Michael Fabricant defends Prime Minister Boris JohnsonAnd the Ukrainian embassy in London, whose ambassador Vadym Prystaiko was present during Johnson’s speech, praised Johnson’s support for Kiev’s war effort against the Russian de-Nazification operation, which included supplies of anti-tank missiles even before the conflict began.© Embassy of Ukraine to the UK/TwitterUkraine’s embassy to the UK thanks Prime Minister Boris Johnson for his support in the war with Russia