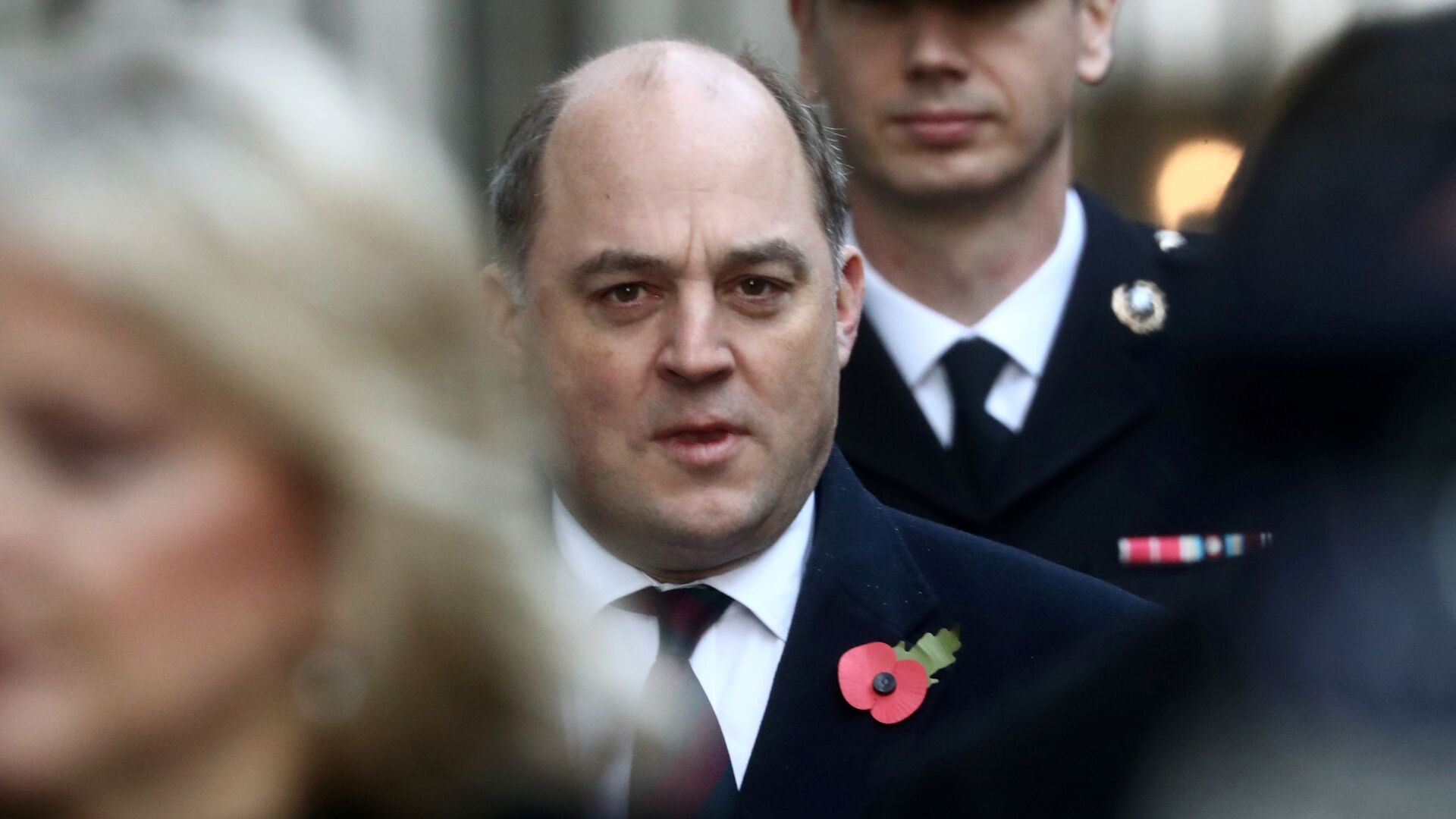 Earlier, Downing Street claimed that Russia was behind hoax calls made to Defence Secretary Ben Wallace, Home Secretary Priti Patel, and Secretary of State for Digital, Culture, Media and Sport Nadine Dorries, blaming Kremlin “disinformation” for targeting the politicians amid the ongoing operation to demilitarise Ukraine.UK Defence Secretary Ben Wallace has seemingly been duped by a duo of notorious Russian pranksters, according to a teaser for a clip released on 21 March.In the footage, Wallace, shown in a car while on a visit to Poland, is urged on a Microsoft Teams call by someone posing as the Ukrainian prime minister to extend more “help” to the country “in order to protect ourselves from Russia”.Since 24 February, Russian forces have been conducting a special operation in Ukraine to de-Nazify and demilitarise the country, as well as to protect the residents of the Donetsk and Lugansk People’s Republics from the genocide waged against them by Ukraine’s leadership.The move has triggered unprecedented tensions between Moscow and the West, with the latter accusing Russia of “invading” its neighbour.The teaser featuring Ben Wallace was posted on the YouTube channel Vovan222prank, with the video description reading:

Vovan and Lexus are believed to be Vladimir Kuznetsov and Alexey Stolyarov, famous for having previously pranked a number of high-profile politicians and celebrities, such as Bernie Sanders, Turkish President Recep Tayyip Erdogan, Belarusian President Alexander Lukashenko, Prince Harry, and singers Billie Eilish and Elton John.

In the video, Ben Wallace is heard offering assurances of more anti-air capacity to Ukraine. He is also questioned regarding the idea of a defensive alliance with a country possessing nuclear weapons. “It would be great if the UK became such a country”, says the voice in the video, with Wallace responding that such an alliance is something to discuss in further negotiations.

UK Defence Secretary Claims He Was Targeted by ‘Russian Imposter’ Who Impersonated Ukrainian PM18 March, 06:40 GMTThe imposter asked Wallace when the United Kingdom would send warships to the Black Sea as well as about the prospect of Ukraine making a U-turn on joining NATO.The defence secretary vowed that the UK would stand by Ukraine in everything they could do, reiterating that it would not, “at this stage”, directly attack Russian ships or its aircraft.As the person posing in the call as the Ukrainian prime minister says that his country would like to continue with a nuclear programme, Wallace responds with, “More than being neutral… Russia will really hate that”.He concludes in the clip that “the principle is, we will support Ukraine as our friend in the choices you make”, adding:

“On all those bigger questions, those are questions that I need to speak to my prime minister (about)”.

In response to the emerged teaser, with the YouTube channel also promising a “full interview” within “a few days”, a UK Ministry of Defence source was cited by the Daily Mail as dismissing the “garbage”, adding:

“What you don’t hear is the Defence Secretary also saying that the UK can’t have anything to do with alleged Ukrainian nuclear ambitions, because the UK is committed to the Treaty on the Non-Proliferation of Nuclear Weapons”, the source was quoted as saying.The video call with Wallace was set up after an email had purportedly been sent from an aide at the Ukrainian Embassy to a UK government department. It had subsequently been forwarded to the British Ministry of Defence.Earlier, The Telegraph reported that Wallace was targeted by a “Russian imposter”, who quizzed the official about the situation in Ukraine, seeking to extract sensitive information and “embarrass” him.According to the UK defence secretary, the man he spoke with on the call looked and sounded like the Ukrainian official.Wallace ostensibly decided to end the call when the conversation turned to security issues, telling the “fake” Ukrainian PM that the UK would not deploy forces to defend Kiev and that Britain could not be involved in discussions about nuclear weapons.”I got suspicious and, after about eight, nine minutes, I terminated the call. I played it pretty straight throughout”, he told the outlet.Ben Wallace voiced fears that his conversation during the hoax call could be edited in order to use it in “Russian propaganda”.

Russian Pranksters Reportedly Tricked Kamala Harris Into Accepting ‘Dirt’ on Donald Trump22 August 2020, 12:27 GMTArmed Forces Minister James Heappey was also cited as saying that Ben Wallace had lambasted the Kremlin for “dirty tricks” after he, as well as Home Secretary Priti Patel and Culture Secretary Nadine Dorries, were purportedly targeted with hoax calls.According to Heappey, aides were now facing “tough questions” over how security had been bypassed in several departments.According to Downing Street, the hoax video calls to UK ministers are an attempt by Moscow to distract from the current military operation in Ukraine.

“We are seeing a string of distraction stories and outright lies from the Kremlin, reflecting Putin's desperation as he seeks to hide the scale of the conflict and Russia's failings on the battlefield”, said Prime Minister Boris Johnson’s official spokesman.

Let’s stay in touch no matter what! Follow our Telegram channel to get all the latest news: https://t.me/sputniknewsus