In this Friday, Dec. 12, 2014 photo, a drunk man offers his shoes to his colleague who passed out after consuming alcohol in New Delhi, India 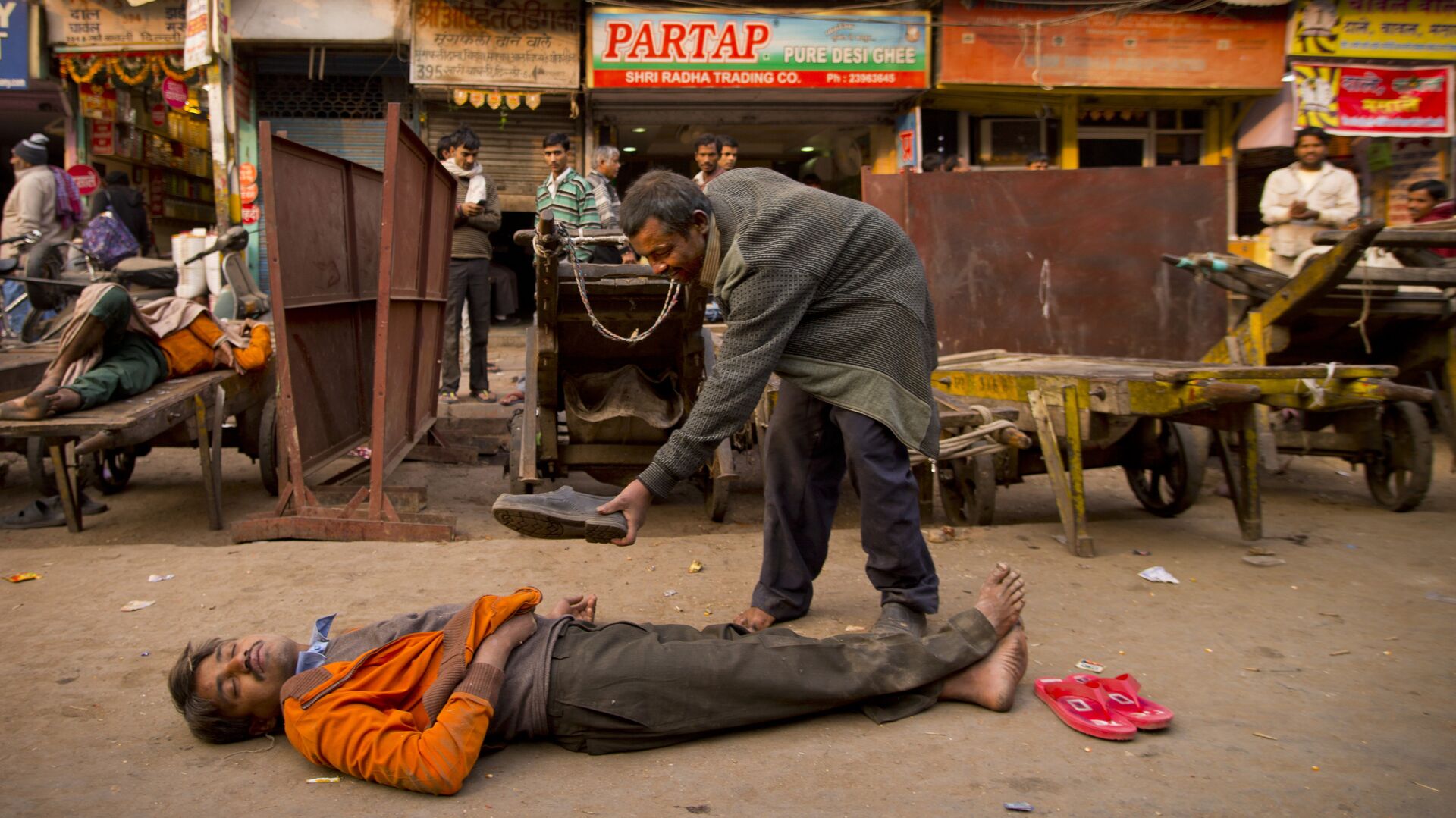 Deexa KhanduriSputnik correspondentThe sale and consumption of liquor has already been completely banned in Bihar by the Nitish Kumar-led government. But illegal sales still thrive in different parts of the state.At least 37 people have died in the Indian state of Bihar in the last three days, with the deaths being linked to the consumption of spurious liquor during “Holi”, the festival of colours.Slamming the governing Janata Dal (United)-Bharatiya Janata Party (BJP) alliance, Bihar opposition leader Tejashwi Prasad Yadav on Monday accused the government of failing to handle the situation. © Photo : TwitterTejashwi Prasad Yadav tweet on spurious liquor

Tejashwi Prasad Yadav tweet on spurious liquor “So far, 37 people have died after drinking illicit liquor in a state where liquor selling is banned. Over 200 deaths after drinking spurious liquor in the last six months. The state chief, government, and the administration have miserably failed to handle the situation…”, he stated on Twitter. “Why has no action been taken against any officer? The government only knows how to fly drones and helicopters”, Yadav added. Though many Indian media outlets have claimed that the death toll could be over 40, the Bihar government has not admitted spurious liquor consumption to be the actual factor behind it.Although Indian media outlets and opposition slammed the ruling government, district officials and police claim that these are mysterious deaths, and an investigation is underway to identify the actual cause of the deaths.Some people have shared videos purportedly depicting family members of the deceased persons on social media.The local media outlet, dtnext. in cited Kumar Gaurav, a resident of Bhagalpur, claiming that he had informed local police about liquor sales in the area but the police refused to take any measures.”I informed the local police of Bhagalpur to act against the liquor traders. Even when some of the victims were taken to the hospitals for treatment, I informed the police about the development, but no one reacted”, Gaurav stated.On Sunday, local residents of Sahibganj Chowk in the Muzaffarpur district blocked traffic, burned tyres, and protested against district officials.In April 2016, the sale and consumption of alcohol was prohibited across Bihar.This February, the state deployed helicopters to keep an eye on the illicit alcohol trade.In January, 30 people died after consuming illicit liquor. Last December, 40 people died from consuming tainted alcohol, the state government said.Let’s stay in touch no matter what! Follow our Telegram channel to get all the latest news: https://t.me/sputniknewsus